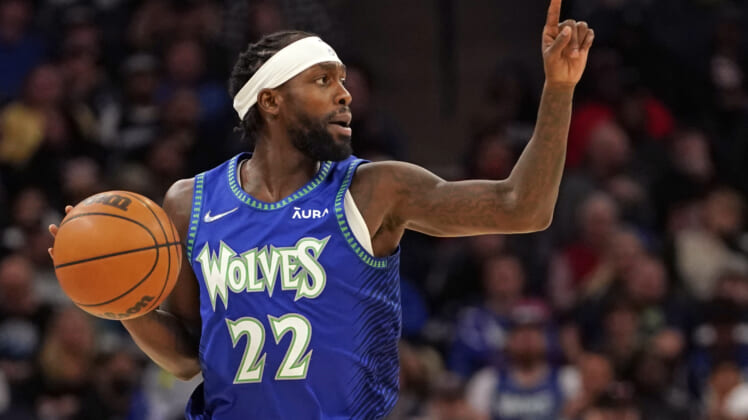 Patrick Beverley’s latest post-game antics have raised the attention of many, including the NBA league office, but they’ve also caught the eye of Bud Light. Which, is something too I guess.

After helping lead the Minnesota Timberwolves past the Los Angeles Clippers in the Western Conference play-in tournament on Tuesday night, Beverley took to the podium with a Bud Light can in his hand.

Which is notable, because just a few days earlier, Bev had noted to the media how all Wolves players need to keep their same routines for the elimination round, even if that means tossing back a few cold ones before the game.

Now, after seeing the support for their product on TV, the popular beer company has offered to make cans that say ‘Bev Light’ on the front of them. They see you Pat Bev! Apparently, like many other basketball fans who have been graced with his presence throughout his 10-year career, Bud Light loves Pat Bev too.

The best part of their proposal is the quote on the bottom, which is from Beverley’s press conference in which he was drinking the Bud Light. That is, telling the Clippers to “Take they ass home”. Classic Pat Bev.

It’s great that Beverley is on board with this idea, and how could you not be? It’s yet another fun moment in what’s been a crazy Timberwolves season, complete with Glue Girl making a play-in appearance.