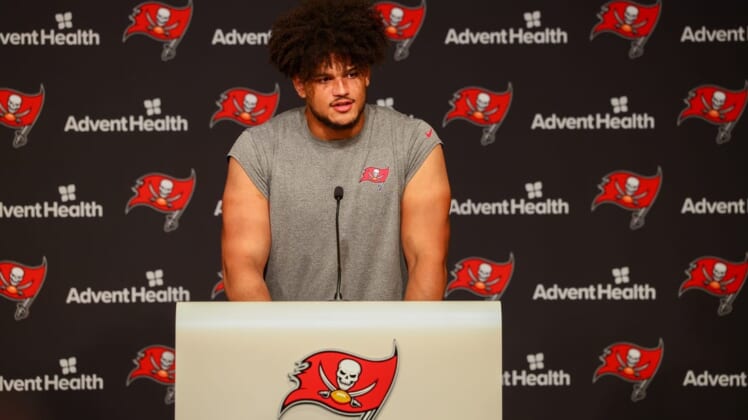 Hall was the Buccaneers’ second-round pick in the 2022 NFL Draft out of Houston.

He recorded 99 tackles, eight sacks and one forced fumble in 46 games with the Cougars (2018-21). He earned first-team All-American Athletic Conference honors in 2021.

Tight end Cade Otton, who was selected by Tampa Bay in the fourth round, remains the team’s lone unsigned draft pick.

Also on Saturday, the Buccaneers placed cornerback Don Gardner and guard Sadarius Hutcherson on the active/physically unable to perform list.