Bucks out to avenge first loss of year against Hawks 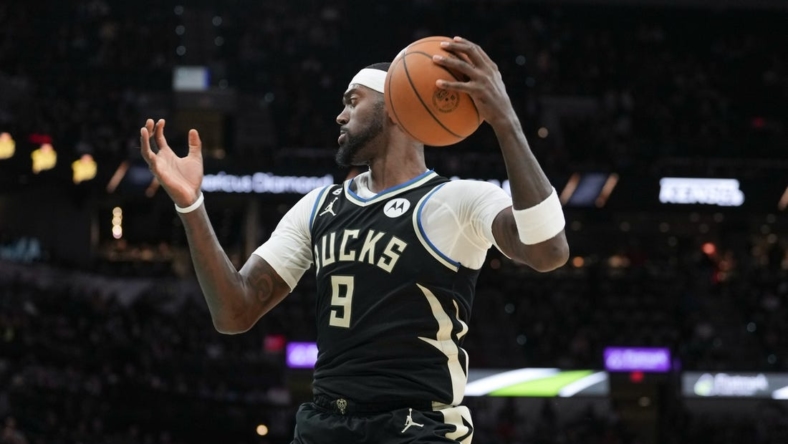 The Milwaukee Bucks will seek a little payback on Monday when they host the Atlanta Hawks, the team that tagged them with their first loss of the season.

Milwaukee won its first nine games, one of them coming against Atlanta, before the Hawks tripped the Bucks last Monday. Since then Milwaukee has split two games, including a 111-93 loss to San Antonio on Friday, while Atlanta has lost two of three, including Saturday’s 121-109 defeat to Philadelphia.

Allen was in the starting lineup when he was scratched minutes before tipoff because of a non-COVID illness. Conspiracy theorists had a field day, as Allen has been the subject of trade rumors.

“Grayson just had a little stomach bug,” Milwaukee coach Mike Budenholzer said. “I saw him leave. I just thought sometimes guys leave for the locker room for a quick second before jump ball. Obviously, it was more than that.”

Jordan Nwora made his first start of the season in place of Allen and scored eight points. MarJon Beauchamp got his third start at forward and scored eight. Veteran Bobby Portis started for the third time and had 16 points and 12 rebounds.

Brook Lopez had two more blocks on Friday and leads the league with 2.7 per game.

Atlanta had an outstanding defensive effort when they beat the Bucks the first time around. That aspect of the game did not show up against the Sixers, who got a season-high 42 points from Joel Embiid.

“We never established defense,” Atlanta coach Nate McMillan said. “The first three quarters they came out and put up 37 points, then 30 and 32. We did continue to fight, but we had 19 turnovers and when you give up 34 points, you are not going to win that game.”

Turnovers have not been a real problem for the Hawks this season. They commit 13.1 turnovers per game, third-fewest in the league.

“You are not going to get into a flow when you are turning the ball over and you aren’t getting any stops,” McMillan said. “We have to get some stops so we can get out and get something easy going to the basket.”

The Hawks were without reserve center Onyeka Okongwu, who missed the game for personal reasons. But veteran Bogdan Bogdanovic, who has missed the first 13 games because of a knee injury, worked out before the game and is getting closer to returning.