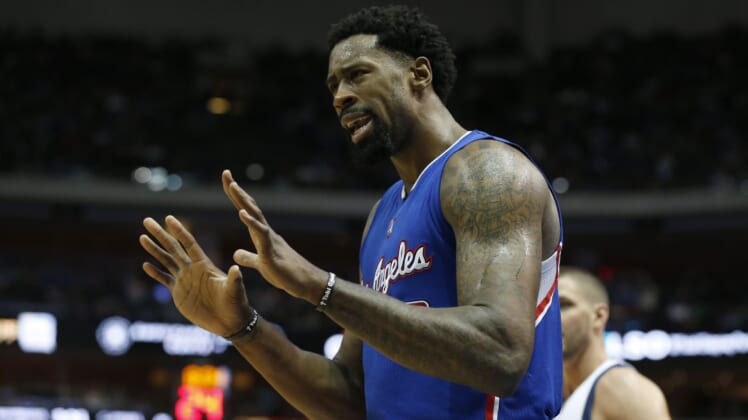 The Los Angeles Clippers may consider moving DeAndre Jordan before the deadline, and the Milwaukee Bucks would like to make Wisconsin his new home.

However, Gery Woelfel of the Racine Journal Times notes the Bucks are “keenly interested” but currently not the front-runner for Jordan.

That title could instead be held by the Cleveland Cavaliers or Houston Rockets as the Feb. 8 trade deadline approaches.

The Cavs, armed with the Brooklyn Nets’ first-round pick, could target Jordan to upgrade a roster in great need of improvement on defense. Houston could dangle Clint Capela as the marquee return while offloading Ryan Anderson’s salary.

Milwaukee has several intriguing young pieces — including Malcolm Brogdon and Thon Maker — but likely wouldn’t package those players in a possible deal for Jordan. The most realistic offer includes John Henson, Matthew Dellavedova and one of Brogdon or Maker plus a draft pick.

Would that be enough for the Clippers? Maybe, maybe not. But they might not actually trade Jordan anyway.

Despite an injury-battered roster, Los Angeles is a real contender for a playoff spot in the Western Conference. The Clips are riding a six-game winning streak and own a 23-21 record. They might see a future with Jordan, even though he could use a player option to become a free agent this summer.

Jordan would help Milwaukee’s young club, but the rising franchise shouldn’t try too hard to gain front-runner status and then overpay for Jordan.