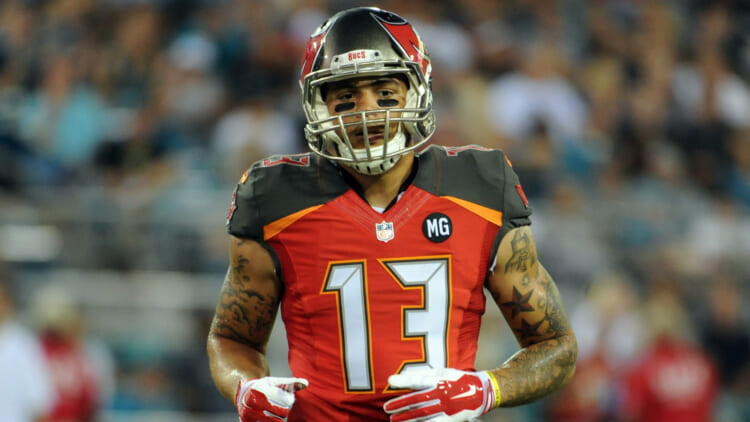 Back in 2014, a 30-year-old man named Gregory Hill Jr. was minding his own business in his garage when a neighbor called authorities because the father of three was playing music too loud.

The situation turned deadly, as Hill Jr. was shot and killed by police who were called to the scene. The kill shot came from bullets that were fired through the garage door. Ultimately, Hill’s family sued St. Lucie County Sheriffs Ken Mascara and Christopher Newman.

Back in June, a jury rewarded Hill’s family a grand total of $4 — $1 for each child and another $1 for the funeral. According to the Washington Post, the jury found that Hill was 99 percent responsible for his death because he was drunk at the time of the incident.

Since this decision was made public, there’s been an outpouring of support in favor of Hill’s family and his three children.

We can now add Tampa Bay Buccaneers wide receiver Mike Evans to the mix. The recently extended star pass catcher took to the Hill family Go Fund Me page and donated a cool $11,000.

When Bucs WR Mike Evans signed an $82 million extension in March, he said "I plan on helping a lot of people." On Saturday, he read about a shooting victim and donated $11,000 to his family. https://t.co/46Sj9BHE5q pic.twitter.com/zvlMSeYnQe

As of Saturday evening, the family had received nearly $100,000 in donations from the Go Fund Me page. Obviously, Evan’s donation has played a large role in that rather big sum of cash.

Since signing his five-year, $82.5 million extension back in March, Evans has made it clear that he plans on continuing to help those less fortunate.

“It’s hard to put into words. With my actions, you’ll see it,” Evans told Greg Auman of the Tampa Bay Times during the spring. “I just started my foundation, and I plan on helping a lot of people. I heard Denzel Washington say one time that it’s not about the amount of money you have, it’s about what you do with the money you have.”

The Texas A&M product followed through with that by donating $10,000 to a childhood friend that was badly injured in an accidental shooting back in April. He’s now taken that to a whole new level.

These are the stories that should get more run in an NFL that’s been littered with too many black eyes for us to count.