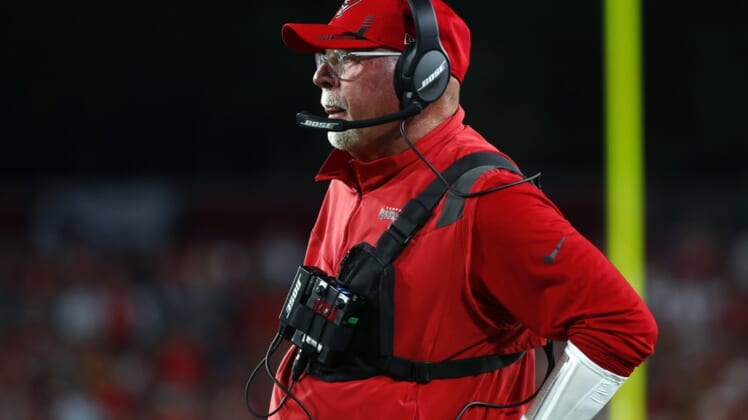 “I tested positive for COVID-19 this morning but have only experienced mild symptoms to this point,” Arians said in a statement. “Harold Goodwin will take over my duties during my absence. I have complete confidence in him and the rest of our coaching staff to prepare the team for this week’s game against the Jets. I look forward to rejoining the team and being back in the facility as soon as I can test back in.”

Arians, 69, took over as Tampa Bay’s coach in 2019 and won Super Bowl LV with the team last season. He is a two-time winner of the AP NFL Coach of the Year award — in 2012, when he took over the Indianapolis Colts’ coach job while Chuck Pagano underwent cancer treatment, and in 2014 while coaching the Arizona Cardinals.

The Bucs also announced that cornerbacks Jamel Dean and Sean Murphy-Bunting were added to the reserve/COVID-19 list.

Dean has made 13 appearances (11 starts) in 2021 and has 40 tackles, nine pass breakups and two interceptions. Murphy-Bunting has started all seven games he’s appeared in this year after missing an early chunk of the season with a dislocated elbow.

Both players are in their third season in the NFL.