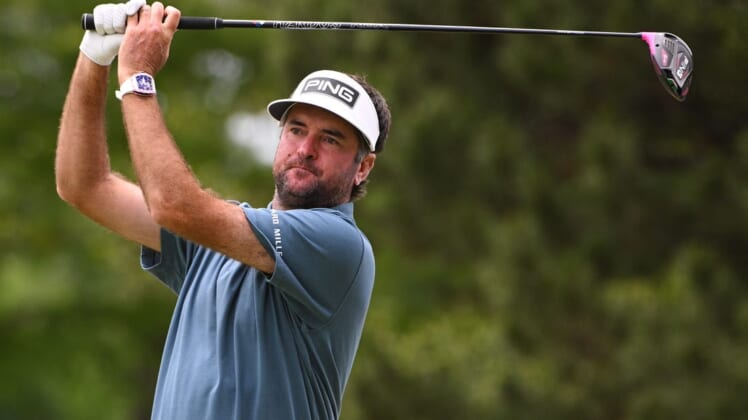 PGA Tour veteran Bubba Watson revealed Monday that he has a torn meniscus and will not compete for four to six weeks.

Watson, who shot a round of 63 on Friday at the PGA Championship, disclosed the injury in a tweet announcing his withdrawal from this week’s tour stop, the Charles Schwab Challenge.

“Recent knee issues turned out to be a torn meniscus so I’ll be out for 4-6 weeks,” Watson wrote. “Hope to be back soon!”

Watson, 43, did not say which knee was injured or how long he had been playing through it.

The two-time Masters winner tied the PGA Championship record with his 63 in the second round Friday at Southern Hills Country Club in Tulsa, Okla. Only one round was lower in men’s major championship history: the 62 South Africa’s Branden Grace carded during the 2017 Open Championship.

Watson shot over par in his other three rounds, however, and finished the event tied for 30th at 3 over.

Congrats @justinthomas34 on #2 @pgachampionship!! It was a great event this year, just didn’t pan out how I hoped.

Also I’m disappointed to have to pull out of @CSChallengeFW. Recent knee issues turned out to be a torn meniscus so I’ll be out for 4-6weeks. Hope to be back soon! pic.twitter.com/PXwjCAgsqY