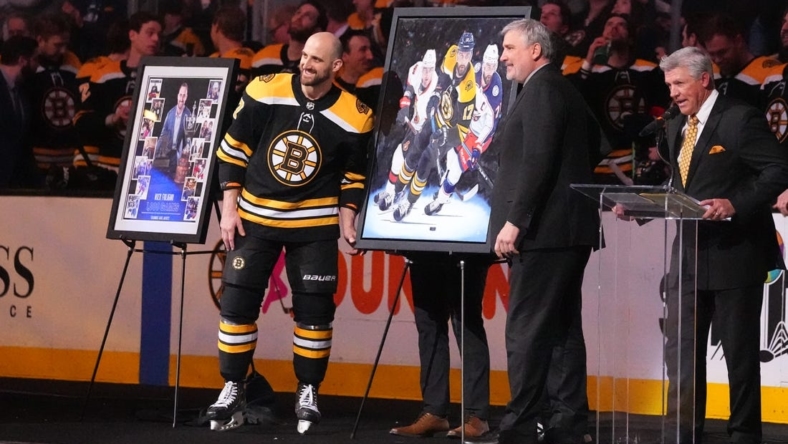 “We like to take pride in what we do in the community and we hold ourselves accountable,” Neely said Monday. “We dropped the ball, and I’m here to apologize.”

The Bruins signed Miller to an entry-level contract last Friday with the intention of sending him to the team’s AHL affiliate in Providence. However, the backlash against the signing was quick and intense, leading to the Bruins rescinding the offer Sunday night, “based on new information.”

Miller, 20, was a 2020 fourth-round draft pick by the Arizona Coyotes. But his draft rights were relinquished after it came to light that Miller and a middle school classmate were convicted in 2016 in juvenile court of assaulting and bullying a Black classmate with developmental disabilities.

In Sunday’s statement, Neely said that prior to the signing, the Bruins believed that Miller’s treatment of his classmate, Isaiah Meyer-Crothers, was “an isolated incident” and that Miller “had taken meaningful action to reform and was committed to ongoing personal development.”

On Monday, Neely expressed concerns over the failure of his organization to properly vet Miller.

“I’m extremely upset that we have made a lot of people unhappy with our decision,” Neely said Monday. “I take a lot of pride in the Bruins organization and what we stand for, and we failed there.”

Neely said the Bruins will be reviewing their internal vetting process, and apologized to the victim and his family.

“To Isaiah and his family, my deepest apologies if this signing made you and other victims feel unseen and unheard,” Neely said. “We apologize for the deep hurt and impact we have caused.”

Backlash also came from coaches and players within the Bruins’ organization.

“The culture we built here goes against that type of behavior,” Bergeron told reporters on Saturday. “We’re a team built with character and character people. What he did is unacceptable, and we don’t stand by that. In this locker room, we are all about inclusion, diversity, respect. Those are key words and core values that we have.

“We expect guys to wear this jersey to be high-character people with integrity and respect.”