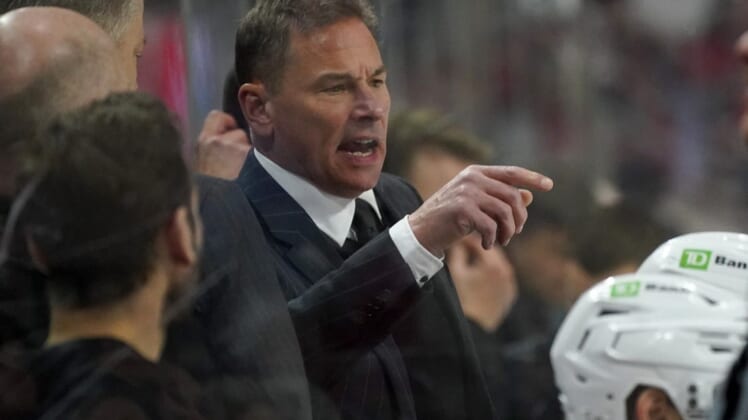 The Boston Bruins announced Monday that they relieved head coach Bruce Cassidy of his duties.

Cassidy took over the Bruins’ top job in February 2017 and amassed a 245-108-26 record in the next five-plus seasons. The Bruins reached the 2019 Stanley Cup Final, where they lost to the St. Louis Blues.

The Bruins went 51-26-5 last season and bowed out in the first round of the playoffs following a seven-game series loss to the Carolina Hurricanes.

Cassidy, 57, had worked in the Bruins’ organization since the 2008-09 season, when he joined AHL affiliate Providence as an assistant coach.

“After 14 years working with Bruce, this was an extremely difficult decision,” general manager Don Sweeney said in a news release. “I want to thank and acknowledge Bruce for all his work and success with the Bruins organization. His head coaching record for the Bruins is impressive, and we are appreciative of Bruce both professionally and personally. After taking some time to fully digest everything, I felt that the direction of our team for both this season and beyond would benefit from a new voice. I want to wish Bruce, Julie, Shannon and Cole much success as a family and with their future opportunities.”