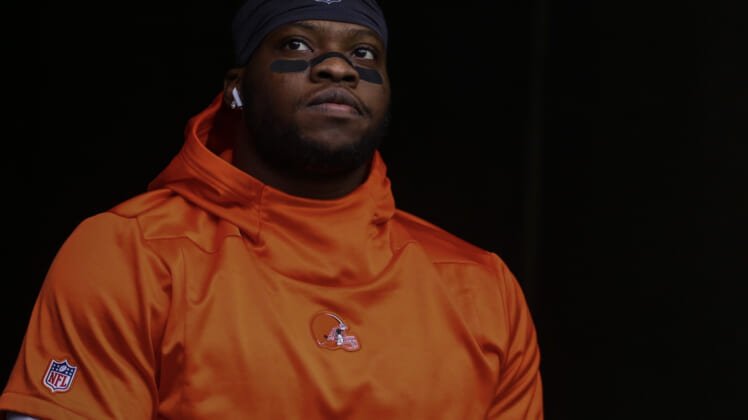 The Cleveland Browns are apparently fine-tuning what had been a young, but talented defensive line.

On the heels of acquiring Olivier Vernon in a trade with the Giants and signing Sheldon Richardson in free agency, Cleveland is shopping former second-round pick Emmanuel Ogbah.

Selected No. 32 overall back in 2016, Ogbah has started all 40 games in which he’s appeared in Cleveland. The 25-year-old pass rusher has recorded 29 quarterback hits and 12.5 sacks during this span.

Still not even in his prime, Ogbah will likely draw a nice amount of interest in the trade market. Young pass rushers are at a premium in today’s NFL.