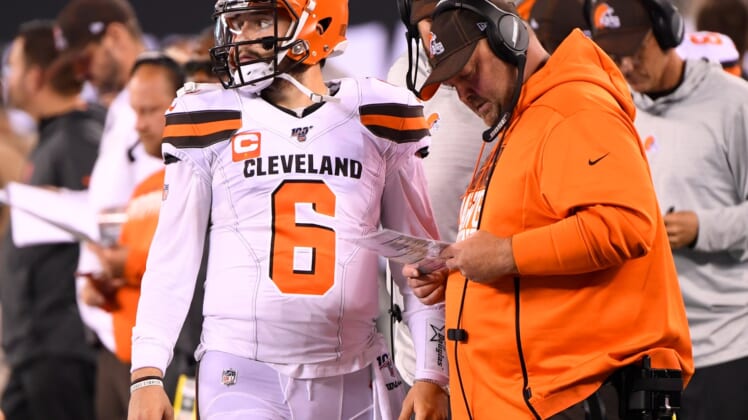 Cleveland Browns head coach Freddie Kitchens might be under the microscope with his team struggling early this season.

However, the first-year head coach is ignoring the criticism he’s received. Instead, he’s out here backing embattled young quarterback Baker Mayfield at every turn.

The former No. 1 overall pick has been ghastly through the first three games of the season. It’s led to some around the NFL calling him overrated. And for his part, Mayfield has taken exception to that.

In talking to the media ahead of his team’s all-important Week 4 game against the Baltimore Ravens, Kitchens once again backed his young signal caller.

We honestly would not expect anything different from Kitchens. Coaches are expected to back their players in the public eye.

But this can’t be the whole truth. Mayfield actually leads the NFL in both interceptions and fourth quarter picks since taking over as Cleveland’s starter last season.

While he’s making news in going after other public figures, the Oklahoma product has thrown three touchdowns compared to five interceptions while leading the NFL’s sixth-worst scoring offense through three games. There has to be some concern on Kitchens’ part.