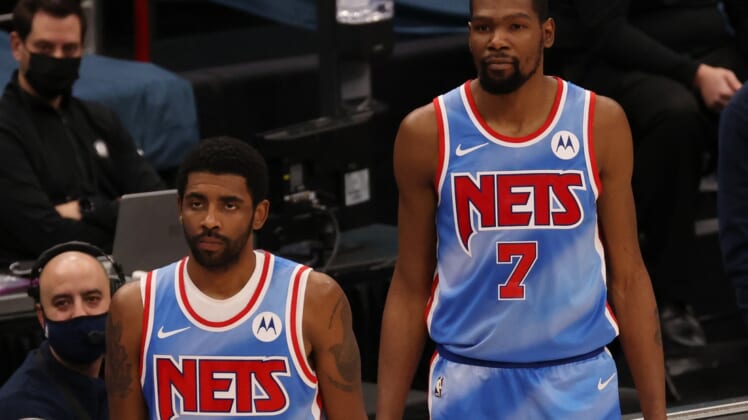 The Brooklyn Nets will now apparently be without two of their big three when they face the 76ers in Philadelphia on Saturday night.

Guard Kyrie Irving will be sidelined with a sprained right index finger, according to The Athletic.

The Nets were already expected to be without star forward Kevin Durant, who was pulled from Friday night’s 123-117 loss to the Toronto Raptors over COVID-19 contact tracing protocols.

Durant won’t travel to Philadelphia and could miss multiple games due to contact with someone who tested positive on Friday night, ESPN reported on Friday.

Irving scored 15 points in the loss to the Raptors, but was scoreless in the fourth quarter, attempting just one shot.

The Nets’ next game is Tuesday in Detroit, followed by a home game against the Indiana Pacers the next night.