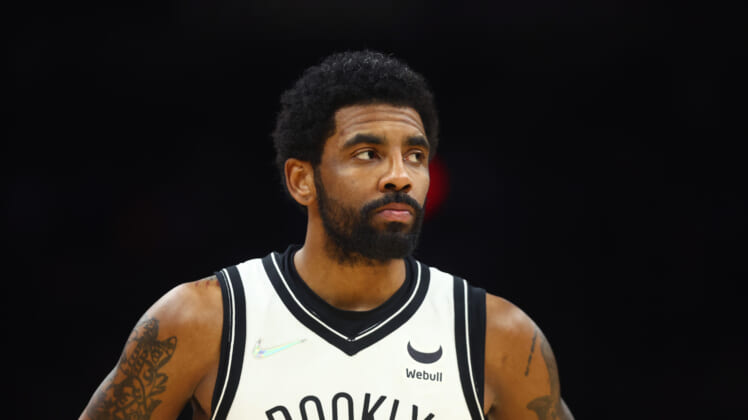 In the event that Kyrie Irving opts out of his contract, and he and the Brooklyn Nets can’t come to terms on a new long-term team, the organization is expected to be interested in a sign-and-trade deal.

Following the Nets’ four-game sweep by the Boston Celtics in the first round of the NBA Playoffs, the narrative around the team switched from games to the future of superstar guard Kyrie Irving. Immediately following their Game 4 loss earlier this month, Irving made it clear he planned to return and help “manage” the team to title contention in 2022-2023.

However, when general managers Sean Marks spoke to media members at a press conference a few days later, he presented a very different position than he had for much of the last couple of years. Instead of acquiescing to Irving’s preferences, Marks made it clear the organization needed players all in on trying to help the Nets get to the NBA Finals. He was also non-committal on if the franchise wanted to be in the Irving business again once his contract ended.

While Irving said he wants to be back in Brooklyn for next season, that could also mean he wants to be back on a new long-term deal after opting out of the final year of his contract. In a column on Thursday, SNY NBA insider Ian Begley suggested that the likely scenario for Kyrie Irving and the Brooklyn Nets is he would return even if he opted out.

Yet, negotiating massive contracts, especially with mercurial players like the 30-year-old is never easy. In the event the player and team couldn’t come to terms on a new deal, Begley revealed organizations around the league believe the Nets might be willing to work out a sign-and-trade for the talented scorer.

“If Irving opts out and the Nets have trouble finding common ground with the seven-time All-Star, opposing teams believe the club will be open to exploring trades of Irving,” Begley wrote. “It makes sense for Brooklyn to keep all of its options open on Irving and all other players on the roster outside of Durant.

“Still, if Irving opts out, logic says that the most likely outcome is that he returns to the Nets with a new contract,” he continued. “Irving would have to agree to a sign-and-trade and the Nets would have to feel that the return on the trade made sense for them. They’d also have to take back a significant amount of salary.” 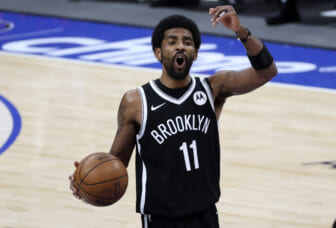 Irving must make a decision on if he will opt-in or out by June 29.