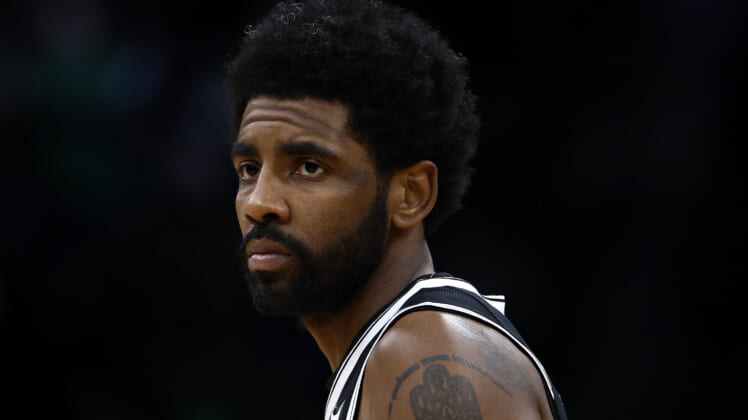 It seems that Kyrie Irving expects to have a management-level say in how the Brooklyn Nets look next season.

NBA superstars having a great deal of influence on their franchise is nothing new. Fans have seen for years how unhappy players can find exits from situations they deem undesirable or can pressure decision-makers to add talent they would prefer to play with. However, it was always an unspoken fact or downplayed by certain players when those sorts of questions would arise in an interview.

Following the Brooklyn Nets 116-112 Game 4 loss to the Boston Celtics — a defeat that ended their season — Kyrie Irving was asked about his future with the team since he has an opt-out clause in his contract before next season. To many Nets fans’ relief, the 30-year-old revealed he had no intentions of leaving the franchise. One he seemed to take a lot of ownership for.

“In terms of my extension, I don’t really plan on going anywhere,” Irving said. “Like I said, this is added motivation for our franchise to be at the top of the league for the next few years. Just looking forward to the summer and just building with our guys here.”

When the seven-time All-Star was asked to give more depth on his reasons for wanting to stay in Brooklyn, he suggested that it was because he and fellow superstar Kevin Durant will have a lot of say in the team’s roster next season. Seemingly as much say as general manager Sean Marks and team owner Joseph C. Tsai.

“When I say that I’m here with Kev, I think that it entails us managing this franchise together,” he said. “Alongside Joe, and Sean, and just our group of family members we have in our locker room and in our organization. It’s not just about me and Kev, I don’t want to make it just about that. we’re cornerstones here, but we have a few guys under contract, and I think we’ve got to make some moves this offseason. Really talk about it and really be intentional about what we’re building and have some fun with it.

Pretty bold from a player who missed half of the season after not being able to play home games in New York City due to not wanting to get vaccinated against COVID. Something he admitted also was a distraction throughout the season.

The Nets were eliminated from the NBA playoffs in a four-game sweep by the second-seeded Boston Celtics on Monday.