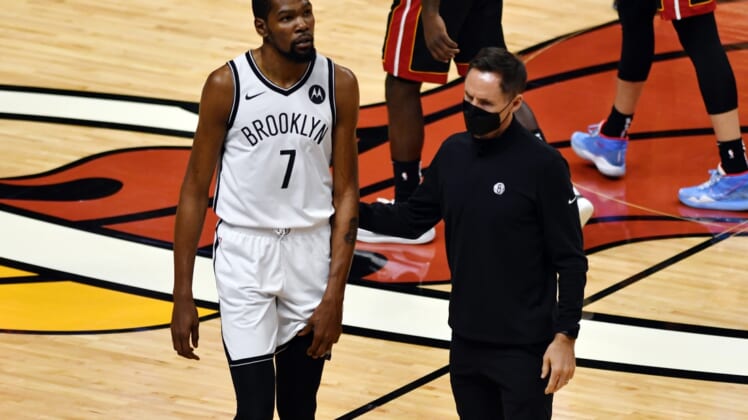 Brooklyn Nets star Kevin Durant sustained a left thigh contusion in the first quarter against the host Miami Heat on Sunday and has been ruled out for the remainder of the game.

Durant scored the Nets’ first eight points before exiting the game with 7:57 left in the first quarter after tangling with Heat forward Trevor Ariza on a drive to the basket.

Durant returned to the Nets’ lineup on April 7 after a 23-game absence due to a hamstring injury. Durant played in four of Brooklyn’s previous five games and averaged 23.8 points, 6.3 assists and 5.3 rebounds during that span.

Although Durant was still on a minutes restriction, Nets coach Steve Nash said prior to the game that the plan was for the 11-time All-Star to be able to play over 30 minutes on Sunday.