The Brooklyn Nets are growing frustrated with Ben Simmons in recent weeks as coaches and players question his availability, level of play, and passion. 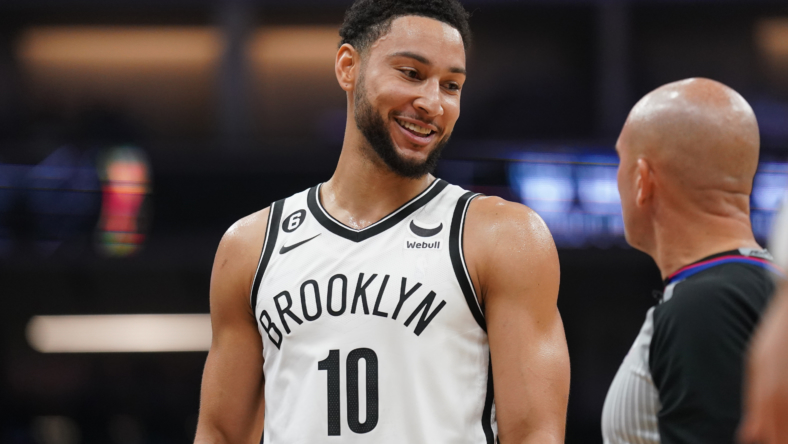 The Brooklyn Nets are coming off an embarrassing 153-121 loss against the Sacramento
Kings on Tuesday night as the team now sits with a 6-9 record. Surrounding these struggles, there has been an intriguing report on Ben Simmons.

According to The Athletic’s Shams Charania and Sam Amick, the Nets have been growing frustrated with Simmons in recent weeks while coaches and players question his availability, level of play, and passion for the game.

Thankfully, the 26-year-old played better against Sacramento with 11 points, five rebounds, and three assists in 20 minutes of action. However, it still remains a concern as the organization was just blown out.

Related: Brooklyn Nets not ready to rebuild with Jacque Vaughn as head coach

While the Nets have experienced much turmoil to start the 2022-’23 season, it appears that Simmons has now been included along with it. Steve Nash’s firing, possibly hiring Ime Udoka, and Kyrie Irving’s suspension are all included.

Simmons opened up to The Athletic on Tuesday about his situation and the criticism that has been coming his way lately.

“You’re obviously not gonna be happy when anybody’s out. But for me, I’ve been dealing with the knee since the start of the season. It’s been swollen. I had PRP (injections). I had blood drained a couple times. So it’s not a made up thing, you know? It’s a real thing…I get (the skepticism), but I think the one thing with me is that I’m a competitor. I want to win and play. So I’m gonna do what I can to get out there.”

The Nets reportedly had a players-only meeting following their loss to the Indiana Pacers on October 29 while veteran player Markieff Morris said in front of everybody that Simmons needs to succeed and respond to adversity on the court, per The Athletic.

The report continued by saying Simmons took Morris’ words in stride and was responsive throughout the meeting. This is a major step as Brooklyn needs Simmons to play at a high level if it wants to compete.

Brooklyn has been scuffling to start the season but there is time to turn the ship around with Jacque Vaughn leading the way. While Vaughn has done a solid job, Simmons and Irving need to be available and at a high level to be a winning team.

As of now, Simmons has been back for four of the last five games but it remains a situation to be watched moving forward as the team will keep a close eye on his performances.