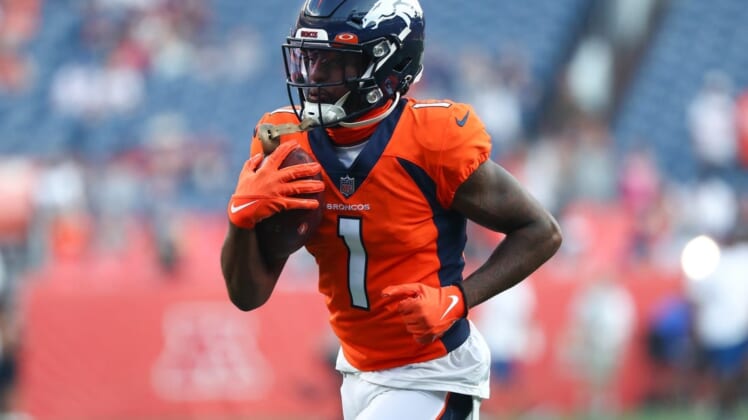 He missed four days of training camp on the physically unable to perform list following season-ending knee and hip injuries sustained in Week 3 in 2021.

Hamler, 23, did some individual drills during the offseason but did not participate in 11-on-11 work during minicamp or OTAs.

The Penn State product caught five passes for 74 yards in three games (two starts) for the Broncos before getting hurt last season. As a rookie, the 2020 second-round pick had 30 receptions for 381 yards and three scores.

Outside linebacker Randy Gregory and offensive lineman Billy Turner remain on the PUP list for Denver, whose first preseason game is Aug. 13 against the visiting Dallas Cowboys.