Most pundits around the NFL world concluded that the Houston Texans were making a grave mistake when they signed Brock Osweiler to a four-year, $72 million contract last offseason.

The skeptics weren’t necessarily concluding Osweiler wasn’t capable of being a starter-quality quarterback in the NFL. Instead, it was all about the lack of a solid sample size and his own marginal success in the past.

By guaranteeing $37 million to a quarterback with seven career NFL starts under his belt, The Texans’ philosophy turned to projection. Er, how they perceived Osweiler would perform down the road. It was not about his previous success.

As disastrous as this situation has turned out for the Texans, it has also proven that the league itself has a quarterback problem.

During the heated 2011 collective bargaining negotiations, one of the major sticking points were rookie contracts. Teams were being placed under the proverbial eight-ball by doling out huge sums of cash to youngsters without any previous success or experience at the professional level.

The primary issue here being quarterback, where the likes of Sam Bradford, JaMarcus Russell and Matt Leinart all earned tens of millions in cold hard cash while bombing out with the teams who selected them.

These weren’t circumstances in which teams were in desperation mode. Instead, they saw a need at quarterback and went for the best available option. 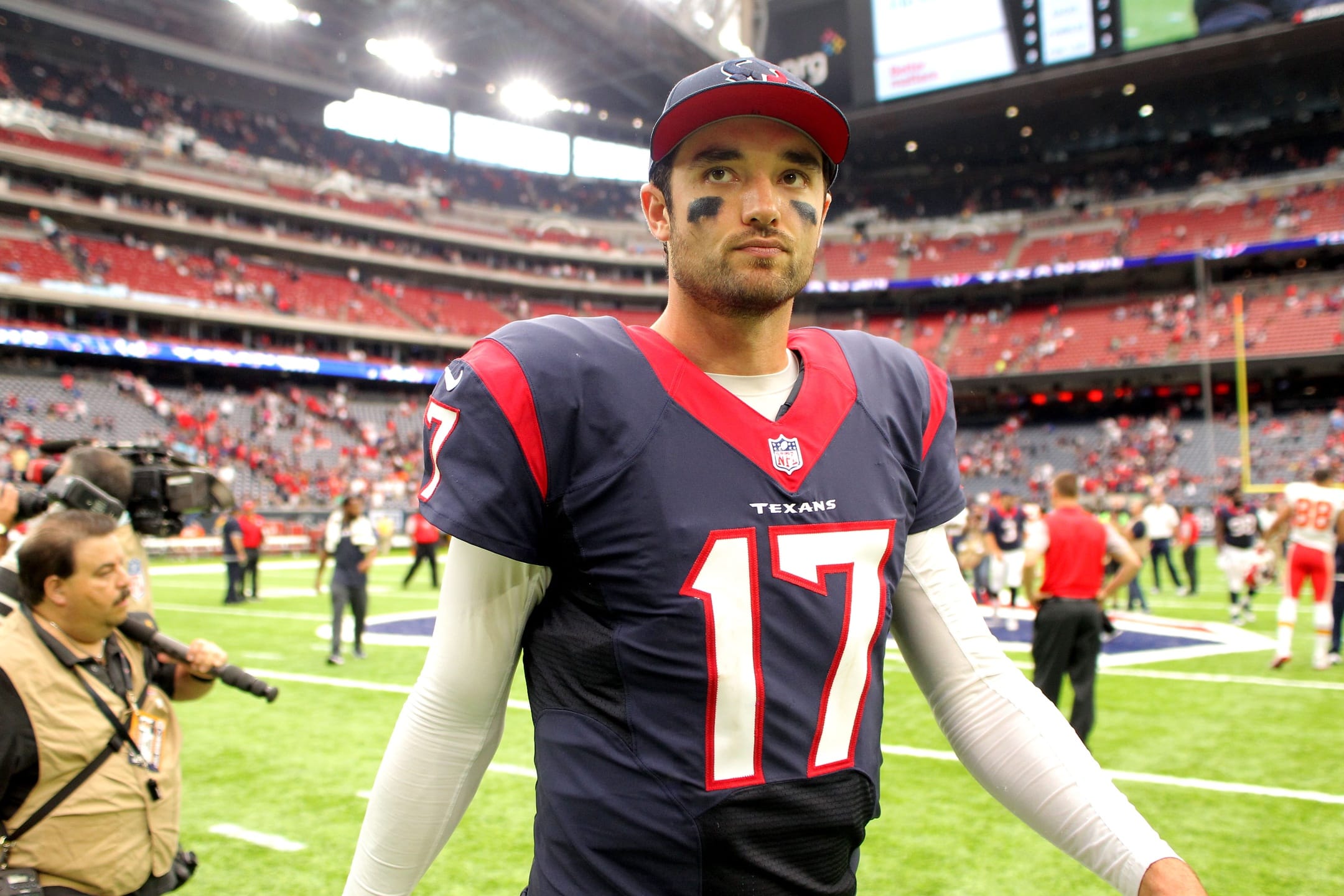 Fast forward a few years, and the Texans’ were forced to dole out more than $5 million in guaranteed cash per NFL start to a quarterback that had yet to prove his worth at the professional level.

For Houston, it was surely about desperation. After all, here’s a team that started the likes of Brian Hoyer, Ryan Mallett, T.J. Yates and Brandon Weeden during a 2015 campaign that saw it earn the AFC South title.

Without a high draft pick and in the absence of anyone worthy of a hill of beans on the free-agent market, the Texans figured it made sense to give Osweiler what now looks to be a historically bad contract.

We can’t sugarcoat the situation Houston finds itself in right now. It just named Tom Savage, a former mid-round pick that’s earning a $600,000 base salary this season, the team’s new starting quarterback. Should the season conclude in that manner, Osweiler will end up collecting another $1.5 million while holding a clipboard for the final two games.

The backdrop here, of course, being Houston’s playoff contention status. It is currently tied with the Tennessee Titans for first place in the AFC South.

Moving forward, the Osweiler contract is about as paralayzing as any rookie deal signed under the old collective bargaining agreement. He’s set to earn $19 million next season with a $25 million dead cap hit, meaning the Texans are pretty much stuck with him. How would it look for the organization if it has Osweiler riding the pine while Savage and his $690,000 salary starts under center?

In a vacuum, this seems to be more of a Texans problem. But when looking at the larger construct of the NFL as a whole, it most definitely is a league-wide problem.

Houston was forced to sign Osweiler when it became apparent there weren’t many other viable options out there. In reality, its philosophy mirrored that of teams who reach for rookie quarterbacks in the draft. The only difference here is that Osweiler’s contract is more similar to said rookies before the 2011 CBA.

And if we were to look at how the NFL’s landscape is currently formed, this same mistake won’t necessarily be uncommon moving forward. 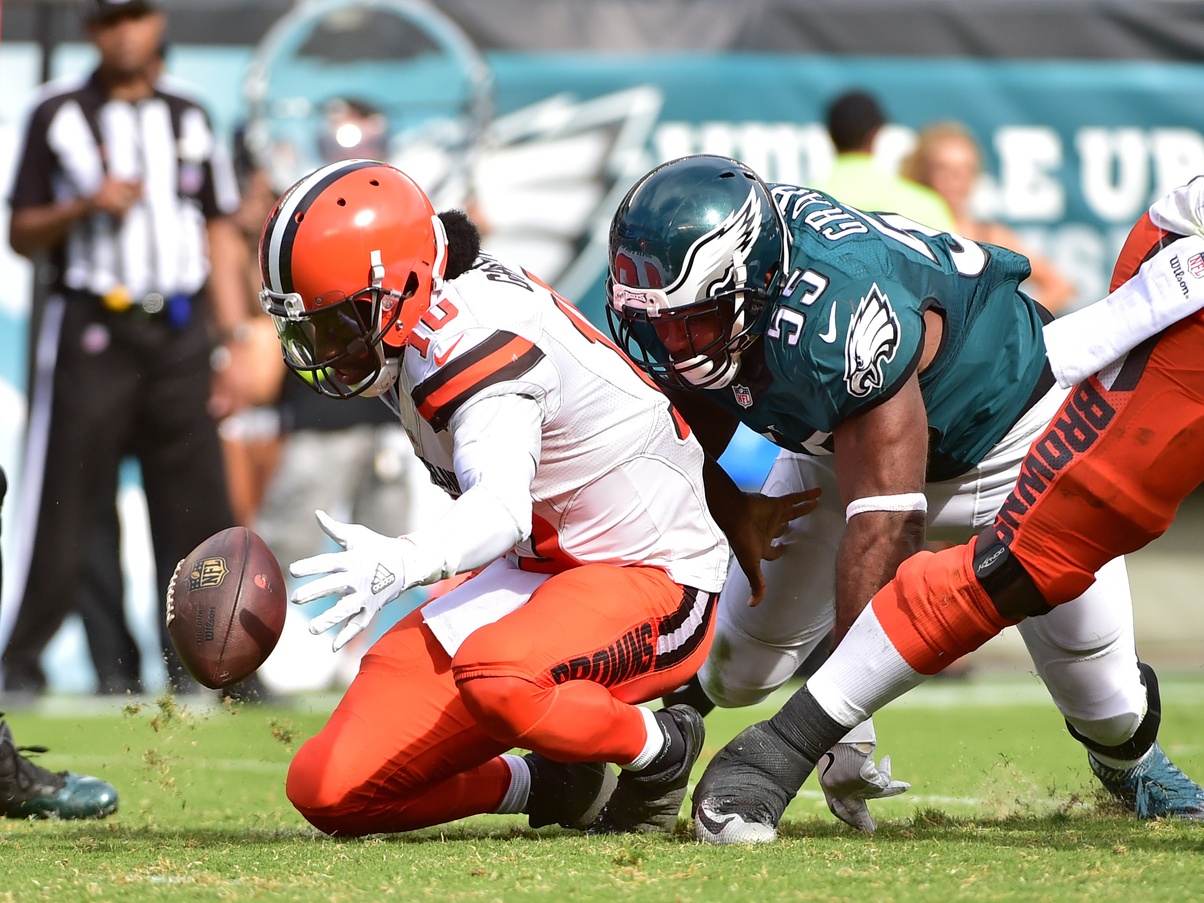 One could easily say the Buffalo Bills, New York Jets, Cleveland Browns, Jacksonville Jaguars, San Francisco 49ers, Arizona Cardinals and Chicago Bears will all be in the market for new starting quarterbacks during the offseason.

Will the supply even come remotely close to reaching the demand here? We can say with almost certainty that it won’t. If that’s the case, some teams will be forced to reach for a quarterback in what is a weak draft class at that position. Other teams might be forced to spend a ton of cash on a project in the hope that said veteran turns his career around.

And much like what we saw with Houston compared to say the Denver Broncos last offseason, the caveat here are the financials. Sure Denver exhausted a first-round pick on Paxton Lynch, who proved he’s not yet ready to see the field. But Lynch is playing under a four-year, $9.5 million contract. Meanwhile, Osweiler himself will earn that exact amount in just eight games next season.

The biggest benefactors here will be those top-end quarterback prospects set to take part in the annual dog-and-pony show at the NFL Scouting Combine in Indianapolis.

Despite it being a weak class, there’s a decent chance as many as three signal callers, Deshaun Watson, Mitch Trubisky and DeShone Kizer, will go in the top 10. Heck, based on team needs, it wouldn’t be a surprise to see Brad Kaaya find his way in the first-round conversation.

Short of their being truly elite quarterback options, it’s never a good thing when this many players at that position go on Day 1.

Look back at 2011 for a second. Outside of Cam Newton going No. 1 overall, it was a complete dumpster fire. Of the other three quarterbacks selected in the first round, one (Jake Locker) is no longer in the NFL.

The other two, Christian Ponder and Blaine Gabbert, are currently holding clipboards for the one-win San Francisco 49ers.

To a lesser extent, 2013 was also a prime example of this. While there was no quarterback selected in the opening round, the first two signal callers (Geno Smith and EJ Manuel) failed to proved themselves worthy of seeing the field.

Teams tend to pick quarterback out of need. That much is already known. But once that need far outweighs the value of picking a quarterback in a specific round, that’s when teams get in trouble.

This will likely be the case in 2017. It will also be the second shoe to drop during what promises to be an interesting offseason around the NFL.

Unlike previous seasons, there’s a ton of quarterbacks that have varying levels of success seemingly set to hit the open market. The majority of these quarterbacks have actually had more success than Osweiler prior to him signing that massive deal last March. 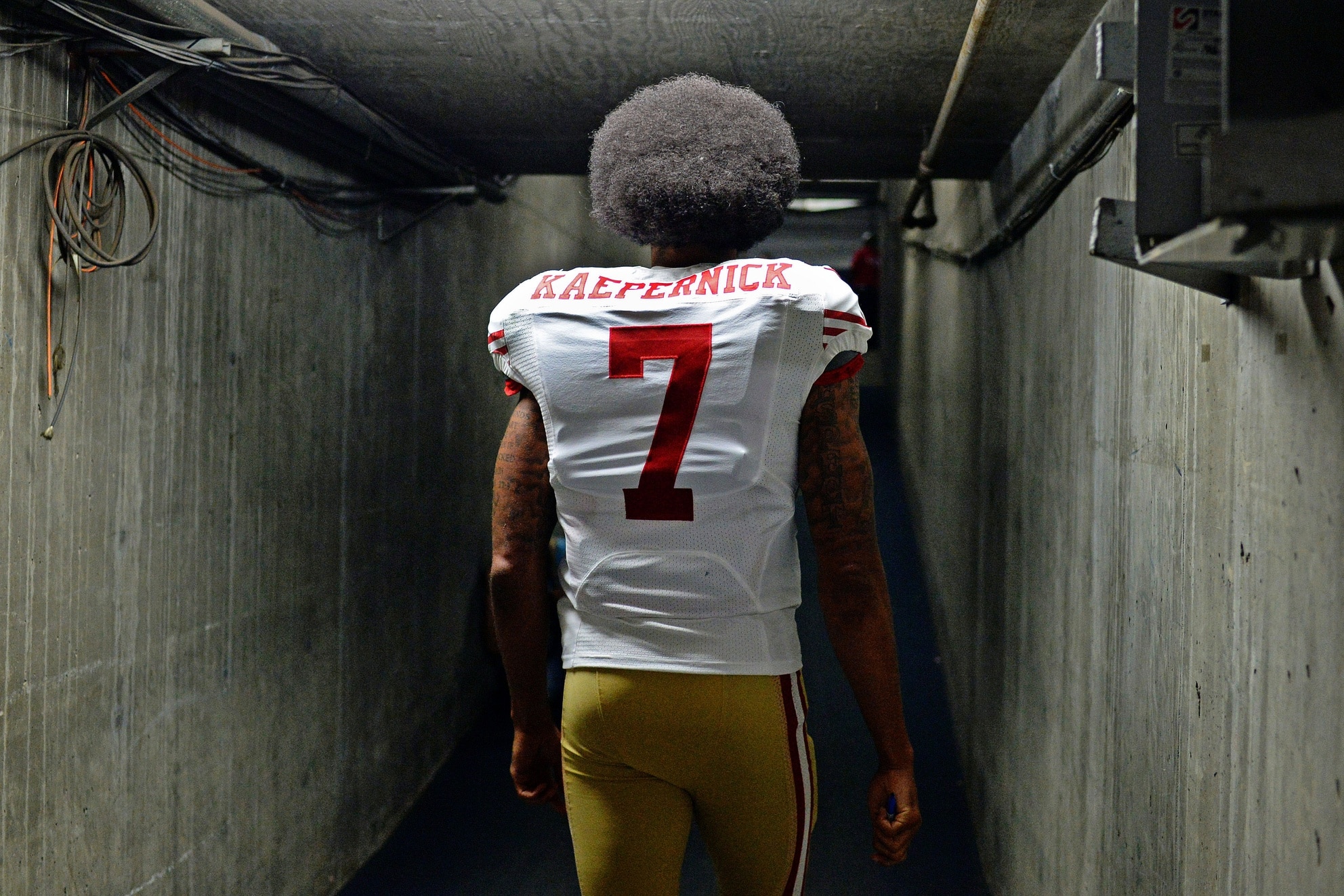 At the very least, it seems reasonable to believe Kaepernick will test the open market. With 14 total touchdowns and three interceptions on the season, who is to say the enigmatic quarterback won’t be able to cash in? This, despite the fact that most don’t perceive him to be a starter-caliber quarterback and Kaepernick himself is a divisive figure due to his politics.

Speaking of a divisive figure, Jay Cutler seems prepared to move on from the Chicago Bears after eight seasons. Based on his previous success and arm talent, it wouldn’t be a surprise to see Cutler cash in.

Then, we have the possibility that Tony Romo may find himself traded from the Dallas Cowboys. He’s under contract for $73-plus million over the next three seasons. At 36 years old and with an extensive injury history, common logic seems to suggest no team will dole that cash out to Romo. That’s until we realize the quarterback situations a quarter of the teams find themselves in.

So while we sit back and mock the Texans for the Osweiler situation, let’s realize that other teams could very well be in the same situation this time next year. At some point, it’s all about supply and demand. Couple that in with a lack of true quarterback talent in comparison to previous eras, and Osweiler likely isn’t going to be an outlier when we look back at it.