The Australian city of Brisbane, as expected, was named host of the 2032 Summer Olympics on Wednesday.

The International Olympic Committee made the announcement from Tokyo. Brisbane also will host the Paralympic Games.

Brisbane 2032 is the first future host to have been selected with the new Olympic model in mind. That model strives for the IOC to encourage hosts to use a high percentage of existing and temporary venues.

“This new approach is lighter, more collaborative, more compact, and has a positive impact,” IOC president Thomas Bach said, adding a number of cities have expressed interest in hosting both the 2036 and 2040 Games.

In February, Brisbane was named the preferred city, and Wednesday’s 72-5 vote was considered a formality.

Brisbane will become the third Australian city to host the Summer Olympics, following Melbourne (1956) and Sydney (2000).

The delayed 2020 Tokyo Games begin this week. The Summer Olympics will head to Paris in 2024 and Los Angeles in 2028. 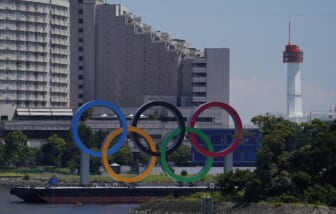 Also Read:
Tokyo Olympics may be in jeopardy amid COVID surge

The Brisbane Games are scheduled to run from July 23-Aug. 8 with the Paralympics to follow Aug. 24-Sept 5.

“I thank the IOC members for their confidence. Brisbane 2032 is genuinely committed to serving the ideals of the Olympic movement.

“The Olympic Games in Brisbane will be in the most diligent, grateful and enthusiastic hands. And I make this commitment to the athletes of the world — we will provide you with an unforgettable experience.”