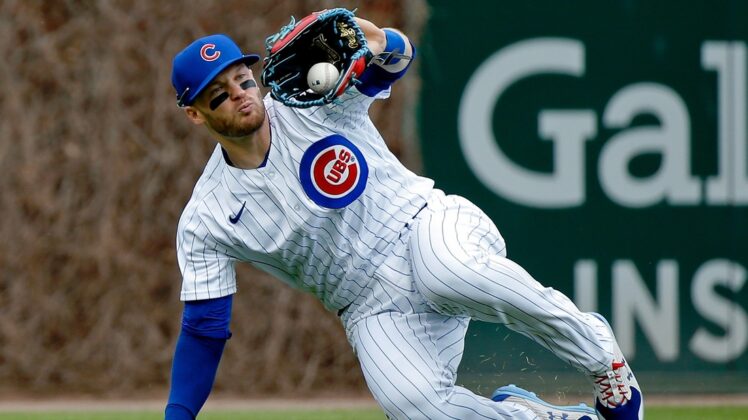 The Milwaukee Brewers have a score to settle, along with hopes of picking up where they left off the last time they played a home series, when they kick off a six-game homestand Friday night against the Chicago Cubs.

The Central Division rivals will meet for the first time since the Cubs opened the season with 5-4 and 9-0 home victories before the Brewers closed the series with a 5-4 win.

Right-hander Kyle Hendricks (1-1, 3.98 ERA), who pitched well but got a no-decision in the Opening Day win, will take a second crack at the Brewers in the opener of a three-game set. Milwaukee is slated to counter with righty Adrian Houser (1-2, 3.52).

Ian Happ swung the big bat for the Cubs in the opening series, going 3-for-4 with two doubles and two RBIs in support of Hendricks in the first game, then 2-for-3 with a homer, three runs scored and two RBIs in the rematch.

A switch-hitter who has started 15 of the Cubs’ 18 games this season and who will take a .333 average into the series, Happ has made the most of an opportunity created last season when Chicago parted ways with Anthony Rizzo, Javier Baez, Kyle Schwarber and Kris Bryant.

“Obviously, getting consistent, everyday at-bats was big for me at the end of last year and carrying that into this year,” Happ said. “Being able to go in there with a little bit of a rhythm (has been big).”

The Brewers have rebounded from their 0-2 start nicely, thanks in large part to a four-game home winning streak that ended with a 4-2 loss to the Giants on Monday.

Houser did not pitch in the opening series against the Cubs. He threw erratically in his first two starts — at Baltimore and at home against St. Louis — issuing six walks in 9 1/3 innings before settling down in his last start, walking just one in six innings in a 5-3 win at Philadelphia.

The 32-year-old struggled in his only previous road start this season, roughed up by the Pirates for six runs and seven hits in 3 2/3 innings in a 6-2 loss.

Both teams traveled to Milwaukee after road games on Thursday.

The Brewers got theirs out of the way in the afternoon, winning 3-2 at Pittsburgh on a memorable day for Andrew McCutchen. The former Pirates star homered for the first time in his career as a Pittsburgh visitor leading off the game.

“I haven’t done much against my old team,” McCutchen said. “It was good to sleep in my own bed, show up and get a win.”

Meanwhile, the Cubs had the longer flight and the shorter turnaround time after a 5-1 loss at night in Atlanta.