Brewers look to continue surge in finale vs. Twins 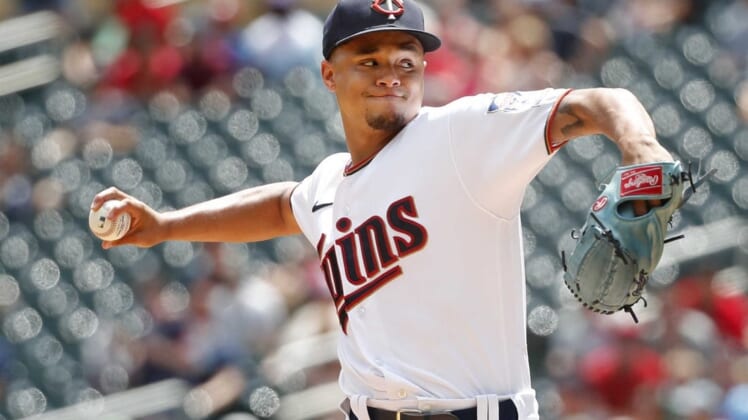 Since returning from the All-Star break, the Milwaukee Brewers are proving adept at late dramatics.

Milwaukee is 4-1 since the break, with the decisive run in three of those victories coming in its final at-bat.

The latest dramatic win saw extensive use of their bullpen, so the Brewers hope ace Corbin Burnes can deliver a lengthy outing on Wednesday afternoon in the finale of a two-game series against the visiting Minnesota Twins.

In Milwaukee’s first game of the season’s second half, Luis Urias hit a game-ending single in the 13th inning for a 6-5 win over the Colorado Rockies on Friday. After a 9-4 win on Saturday, Andrew McCutchen hit a tiebreaking, two-run double in the eighth inning of a 10-9 victory on Sunday.

The Brewers took their first shutout loss in more than a month on Monday, falling 2-0 to the Rockies, then bounced back to earn a 7-6 win over the Twins on Tuesday. Urias hit the game-ending sacrifice fly with the bases loaded to score McCutchen and cap a three-hit showing — a night after the third baseman made the last out with the bases loaded.

“It’s certainly been a dramatic homestand from that perspective,” Brewers manager Craig Counsell said. “You fight to get the wins. This is an example of home games, really, just being at home and having that last shot.”

The Twins have scored 23 runs in three games since the break, but they fell to 15-14 in one-run games with the Tuesday loss. Byron Buxton returned from resting his knee last weekend Detroit and hit a leadoff homer, and Gio Urshela socked a three-run homer to give the Twins a brief 6-5 lead, but the Minnesota offense produced one hit and no runs after the fifth inning.

“They bank on winning games like that,” Minnesota manager Rocco Baldelli said. “We need to do the same. We need to find ways to win games like that, too. We have, but I’d like to make it our calling card as well. Be able to go out there and just hold the opposition to basically zero late in the game and win.”

Baldelli’s hitters will attempt to produce against Burnes (7-4, 2.20 ERA), who is 4-0 with a 1.76 ERA in his past seven starts since dominating the Mets on June 15 in New York. The reigning NL Cy Young winner last pitched on Friday, when he allowed two runs on six hits in five innings against Colorado.

The Twins will counter with Chris Archer (2-4, 3.41 ERA), who will make his second start since returning from a brief injured-list stint caused by a tight left hip. Archer will appear for the first time since allowing four runs in 4 2/3 innings in an 11-0 loss to the Chicago White Sox on July 17.

Archer is 1-2 with a 5.88 ERA in five career starts against the Brewers. His last outing against them came in Milwaukee for the Pittsburgh Pirates on June 28, 2019, when he allowed two runs in four innings.