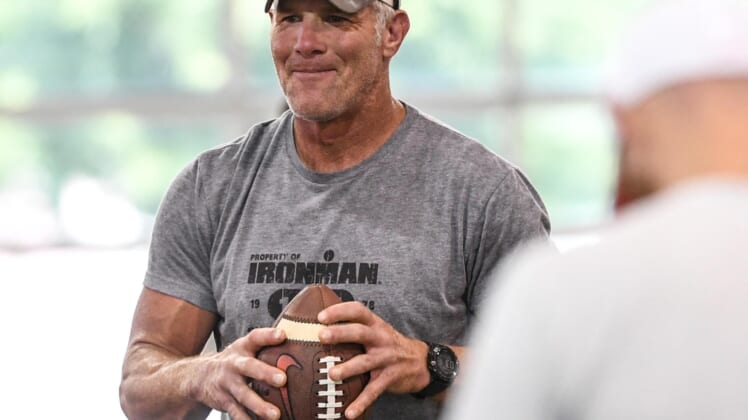 Hall of Fame quarterback Brett Favre was around countless coaches throughout his career. Now with Mike McCarthy, his former coach, drawing consideration for head coaching vacancies, Favre didn’t hesitate to endorse him as a great coach on Friday.

Speaking to SiriusXM NFL, Favre opened up about the tremendous impact McCarthy makes as a coach has and his incredible ability to relate to young quarterbacks and help them develop.

McCarthy worked directly with Favre in 1999 as the Green Bay Packers’ quarterbacks coach. He then returned to Green Bay and became head coach in 2006 with Favre as his quarterback for the first two seasons.

Of course, McCarthy is also credited with the development of Aaron Rodgers. The duo worked together for nearly 13 full seasons with Rodgers emerging as a future Hall of Famer and the team winning a Super Bowl during their years together.

McCarthy has interviewed with the Carolina Panthers twice and has been interviewed by the Cleveland Browns and New York Giants. Given his work developing young quarterbacks and his leadership, McCarthy could be the perfect hire to help Baker Mayfield or Daniel Jones become better quarterbacks.