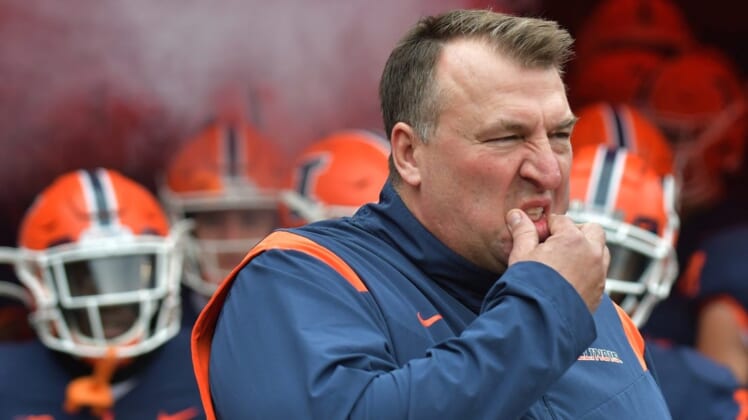 Bret Bielema knows and his starting quarterback is aware, but the Illinois head coach plans to keep the rest of the world guessing until Saturday.

Bielema said he has informed his starting quarterback of his status for Saturday’s opener against Wyoming, but his intention is to shield that information from others until gameday.

“I know who the starting QB is,” he said Monday, “our starting QB knows who it is and our team does. So, we’ll kind of stick to that messaging.”

Bielema said he treats quarterback as he would any other position and won’t publicly identify starters from depth chart competitions.

“I don’t see the advantage of (who’s starting) being known before Saturday,” he said.

Art Sitkowski and Syracuse transfer Tommy DeVito have been competing since spring practice to take over the Fighting Illini offense.