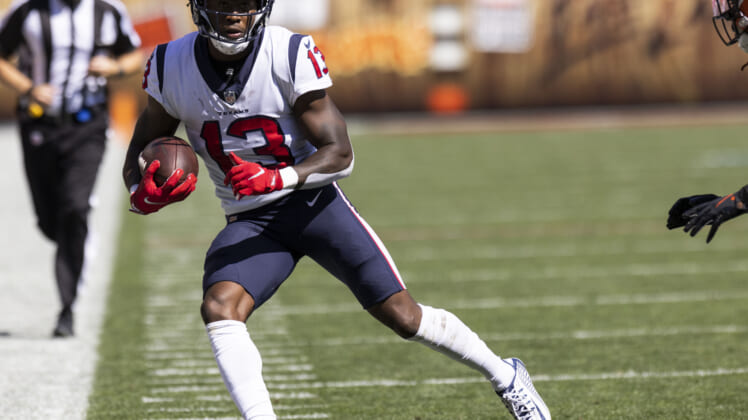 Houston Texans wide receiver Brandin Cooks joins pretty much the entire fan base in being frustrated following an ugly 1-6 start to the 2021 NFL season.

Check out the post the star receiver sent immediately after said trade was reported.

There’s absolutely no mincing of words here. The 28-year-old Brandin Cooks is pissed that his team traded one of its most-proven players.

By displaying said frustration on social media, Cooks could very well be eyeing a trade himself. And in reality, we don’t blame him. Not only has Houston lost six of seven games this season, it ranks 31st in points scored and 27 in points allowed while being outscored by a whopping 15.1 points per game. Yuck!

As for Cooks, he’s still finding a way to contribute. The veteran has recorded 45 receptions for 502 yards in seven games.