Can Brad Stevens get the best out of superstars? 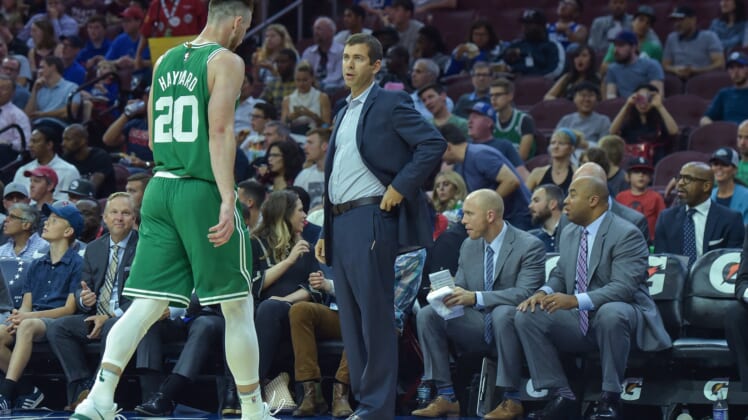 Since Brad Stevens started his NBA coaching career with the Boston Celtics in 2013, he has been labeled as one of the best young coaches in league.

His ability to take average players and make them great is one thing that has at times separated him from other coaches in the league. Though, at least one Celtics great isn’t sold on him.

Butler days: When Stevens took over as coach at Butler, he was the youngest coach in the NCAA at age 30. He led them to the National Championship in 2010 and 2011, where they lost both games. But it showed how good of a coach Stevens was at a non-Power 5 school.

There were two notable guys that Stevens coached that excelled into the next level:

His start in the NBA: When Brad Stevens first started with the Celtics, he was given the task of developing a playoff team with no All-Stars. With his offense mainly run by spreading the floor to open up the paint, many guys excelled and it was tough to stop.

During that season, there were some guys who excelled under Stevens:

The recent struggles: In one of the worst playoff series in recent Celtics history, the Celtics were eliminated in the five games by the Milwaukee Bucks. Many Celtics fans pointed the finger at Stevens, blaming him for not utilizing this talented roster well enough.

Some Celtics stars struggled more than others over the course of the series:

How to change it: Stevens did not make enough adjustments against the Bucks and the Celtics seemed to panic at times when they were down. What does he need to do to get the best out of his superstars?

The bottom line: When the Celtics space the floor and set pick ‘n’ rolls, they are tough to stop. Just by watching Game 1 highlights, you can see that the Celtics were unstoppable when they did this. When they started to take contested jumpers in games 2-5, there would be more misses and the Celts needed to rely on their defense against the Bucks.

Stevens need to emphasize more unselfish basketball if he wants to get the most out of his superstars. At this point, he has something to prove when it comes to doing just that.