Boxing: Best fights that must happen in 2021 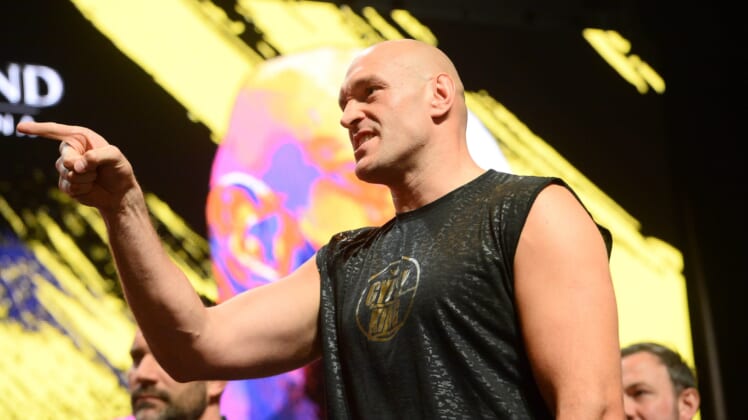 IIn the early days of boxing, there was never a problem getting the two best fighters from a respective weight class to step into the ring with each other to see who truly is the best in the world.

But as the years have gone on, boxing promoters, governing bodies and even the fighters have gotten in the way of fight fans being able to see two top fighters face off at the peak of their powers. This year, specifically, COVID-19 put a halt to a number of bouts that were scheduled in 2020 including a clash of top junior welterweights Regis Prograis and Maurice Hooker, as well as lightweights Ryan Garcia and Luke Campbell. Here we will examine fights boxing fans are clamoring for in 2021.

Here’s hoping nothing gets in the way of these dream fights taking place.

A matchup between Teofimo and Devin Haney may have more stakes than a matchup between Teofimo and Gervonta Davis. As Haney holds the one world title in the Lightweight division and Lopez doesn’t, Lopez-Davis is a more exciting fight. Lopez is coming off an upset victory over the former pound-for-pound king Vasyl Lomachenko. Davis is coming off a win over Leo Santa Cruz, in which he produced what could potentially be the Knockout of the Year. Both men are young, exciting heavy hitters and a battle between the two that could either see a devastating knockout or a 12-round firefight.

Honorable mention to Errol Spence Jr. vs. Keith Thurman and Terence Crawford vs. Shawn Porter but Crawford-Spence Jr. is the biggest fight to make in the welterweight division. These are not only the two best welterweights in the world, but they are also arguably two of the biggest fighters in the world. Both men are at their peaks with Crawford on an eight-fight knockout streak with his latest KO win coming against former IBF Welterweight champion Kell Brook and five of Spence’s last six wins each coming against former world champions including the aforementioned Kell Brook, Lamont Peterson, Mikey Garcia, Shawn Porter and Danny Garcia. When either man steps in the ring, it is always exciting to watch and that is sure to be the case when they step in the ring against one another.

These two men may not be two of the most well-known fighters in the world. What they lack in notoriety, they make up for in skill. With Demetrius Andrade holding the WBO Middleweight title and Jermall Charlo holding the WBC Middleweight title, it would add to the excitement this bout exudes. Both men are slick fighters with the technical prowess and power necessary to keep their opponent at bay. Andrade and Charloe are undefeated and in the prime of their careers with the potential to become the king of the middleweight division. Not only would this be an amazing fight to watch but the winner of this fight could set themselves up for a matchup with unified Middleweight champion and pound-for-pound king Canelo Alvarez.

Dillian Whyte was scheduled to face Alexander Povetkin in a rematch after losing to him in August via fifth-round TKO but the fight has been put on hold due to Povetkin testing positive for COVID-19. While waiting for the fight is an option, Whyte could take a fight with a man he has gone back and forth with in the past…Deontay Wilder. This fight has been brewing for years with both men trading insults on social media and trash-talking each other in interviews. Two men who genuinely do not like each other stepping in the ring to settle the score once and for all. Beyond all of that, this fight is sure to produce a Knockout of the Year candidate as both men have explosive power. Of all the fights on this list, this one is sure to produce the most exciting finish.

This fight has been billed by analysts as the “Biggest fight in British Boxing History.” Both men hold all of the gold in the Heavyweight division with Joshua holding four of the five world titles. Not only would it be a monumental bout with the winner becoming the official king of the Heavyweight division, but it would also be a very exciting bout as both men have proven to be able to outbox their opponent using their boxing IQ as well as closing the show with a spectacular knockout. As a bonus, Tyson Fury is one of the most entertaining personalities boxing has to offer so the press conferences, pre-fight workouts, and weigh-ins will be as must-see as the fight itself.