In an attempt to bolster their starting rotation and replace Nathan Eovaldi, the Boston Red Sox have reportedly landed a former All-Star and two-time Cy Young award winner in MLB free agency.

The Red Sox have lost more key players than they have gained so far in MLB free agency. Earlier this month, they saw homegrown All-Star Xander Bogaerts take his winning pedigree to the San Diego Padres, and in the last week, they have seen two members of their 2021 starting rotation — Rich Hill and Nathan Eovaldi — sign with other teams.

While the team has made solid additions by adding Japanese star outfielder Masataka Yoshida, Dodgers and Mets veteran Justin Turner, and former Braves closer Kenley Jansen, they have yet to make a meaningful addition to counteract the notable losses to their pitching rotation.

Well, on Wednesday the Boston Red Sox finally made an impact move to their starting staff.

On Wednesday, ESPN MLB insider Jeff Passan reported that the Boston Red Sox and two-time Cy Young award winner Corey Kluber had come to terms on a one-year contract that includes a team option for 2024.

After three straight All-Star appearances for Cleveland, Kluber’s career took a downturn during three injury-riddled seasons between 2019 and 2021. During that span the 36-year-old only made 24 starts. 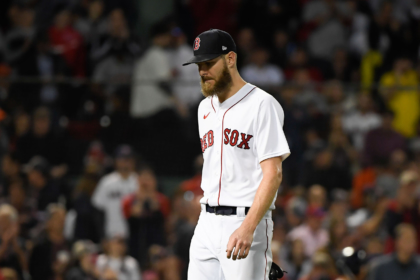 However, 2021 seemed to offer hope of a career renaissance as Corey Kluber earned a 5-3 record during 16 starts for the New York Yankees. Last season, he continued the rebuilding of his reputation for the Tampa Bay Rays. Going 10-10 for the playoff team and earning the second-best strikeout-to-walk (139-21) ratio in the American League last season (via ESPN).