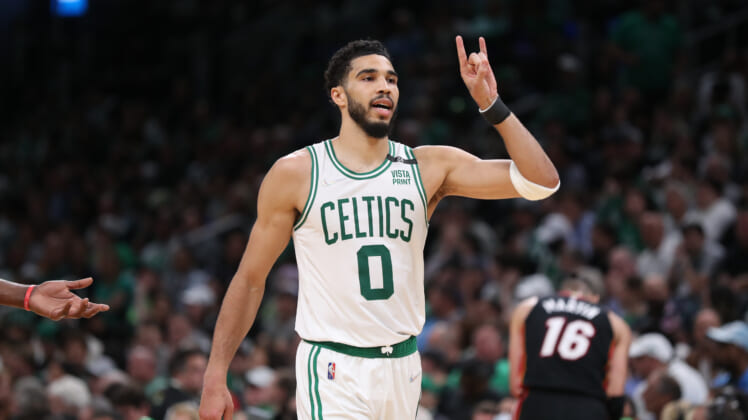 Despite it being a game that could turn the series around, fans tuning in to watch the Boston Celtics take on the Miami Heat for Game 5 of the Eastern Conference Finals didn’t exactly see two teams at their very best.

Unlike some other matchups in the series, it wasn’t because teams were without their starters, but that doesn’t mean injuries didn’t have their impact. The bigger story was a lack of three-point accuracy as well as tight defense from both franchises, which, the latter was to be expected.

While the Celtics came away as winners, putting them ahead 3-2 in the best-of-7 series, some competitors came away as bigger winners than others. Naturally, there were also some losers. Here are the four biggest winners and losers from Game 5 of the ECF.

You wouldn’t know it from watching his team operate, but Boston Celtics head coach Ime Udoka is in his first season as an NBA head coach. A former player who worked his way into the league as an undrafted free agent, as he did in his playing days, Udoka worked his way up the ranks to get to where he is today.

Coaching the Celtics is a high-profile position, and he’s gotten his team to the ECF, but now he’s just one more win away from coaching in the NBA Finals. Udoka’s done an incredible job thus far, but he still has one big test left on Friday before he can vie to join Nick Nurse as the last rookie head coach to win an NBA Finals.

Related: Monty Williams of the Phoenix Suns wins NBA Coach of the Year

Loser: Fans of the NBA Playoffs

Fans hoping for a high-scoring output were definitely disappointed on Wednesday night. The first half wrapped up with the Heat up 42-37, scores that we’ve seen in one quarter, let alone an entire half.

There were just four lead changes in the first four games of the series, but that wasn’t the case in the first half of play, when we finally saw a back-and-forth effort from both teams.

Unfortunately that all disappeared in the third quarter when the Celtics found some luck of the Irish, outscoring the Heat 32-16 to set the game on a new path. The momentum proved to be insurmountable and the end result was yet another blowout, the fourth win by more than 10 points in the series by either team.

Not a bad mid-season trade for the Celtics, by bringing Derrick White over from the San Antonio Spurs in February. Now he’s a key contributor in the postseason where he came through with his best performance of the postseason thus far.

As the Celtics were looking for additional minutes with Robert Williams suffering through knee soreness, it was White who became the unlikely solution. White missed just two shots and played strong defense to help limit the Heat offensively. He certainly wasn’t the best player on the floor, Jayson Tatum came just one assist away from a triple double, but White was effective in his time.

Reaching the Conference Finals is not easy. There’s a reason some great players go their entire career without even making it this far, but Jimmy Butler’s been here before. There’s no excuses this time around.

This game doesn’t entirely fall on the shoulders of Jimmy Butler, but in another sense, it kinda does.

As the franchise’s unquestioned leader, Butler’s by far the best player on the Heat roster, and he came through with 41 points in Game 1 to get the win, but we didn’t see Jimmy Buckets tonight.

Instead, the six-time NBA All-Star shot 4-of-18 from the floor for a despicable 22.2% shooting percentage. As usual, it wasn’t for a lack of effort from Butler, as he played a team-high 40 minutes, but getting 13 points from a max-contract player won’t lead to a ring on your finger at the end of the year.

Miami missed a playoff franchise-record 38 three-point attempts, which was unexpected considering they had the third-best three-point percentage during the regular season. That’s not Butler’s fault, but him shooting 1-of-5 from three didn’t exactly help either.

In total, the Heat’s leading scorer was Bam Adebayo who finished with just 18 points. Needless to say, they’ll need a better team effort to win Game 6, but it all starts with Butler, and we’ve seen him do it already in this series. It’s up to him to go do it again.