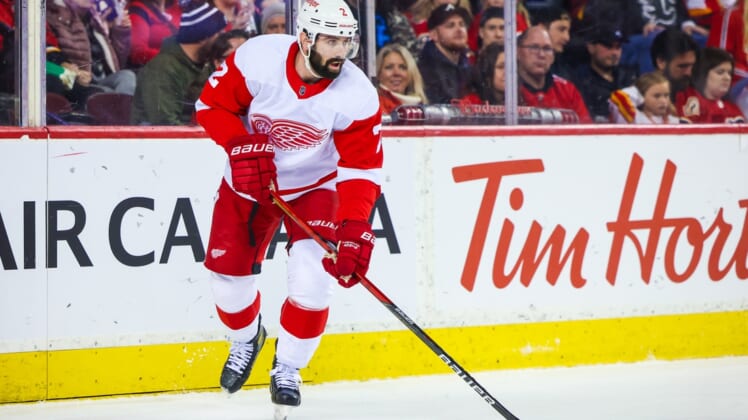 The Blues also get blueliner Luke Witkowski in the deal.

Leddy, 31, has 16 points (one goal, 15 assists) in 55 games this season. The former first-round pick (No. 16 overall) in the 2009 draft was in his first season in Detroit after being traded to the Red Wings by the New York Islanders in July.

Walman, 26, has six points (three goals, three assists) in 32 games this season. The Blues selected him in the third round of the 2014 draft.

Witkowski, 31, has played in 132 career games with the Tampa Bay Lightning and Red Wings since 2014 but in just one game this season. He scored seven points (three goals, four assists) in 44 games this season with the Grand Rapids Griffins of the American Hockey League.