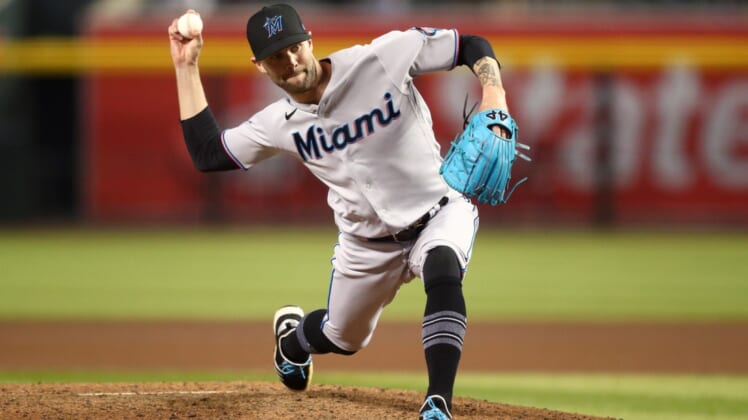 Reliever Austin Cimber and injured outfielder Corey Dickerson are headed to the Toronto Blue Jays in exchange for infielder Joe Panik and a minor-league pitcher.

Multiple outlets reported the deal was expected to be finalized pending physicals, but neither team confirmed the deal immediately Tuesday.

The Blue Jays have been shopping for bullpen help, and Cimber, 30, arrives with a 1-2 record and 2.88 ERA in 33 appearances this season.

Dickerson, 32, could be a powerful left-handed bat off the bench but is currently sidelined by a foot injury. In 890 career games split among five teams, Dickerson has 124 home runs and 401 RBIs.

Panik, 30, hit .246 with two home runs and 11 RBIs in 114 at-bats with the Blue Jays this season. Primarily a second baseman, Panik is in the final year of his contract.

The minor-league pitcher involved in the deal hasn’t been identified yet.