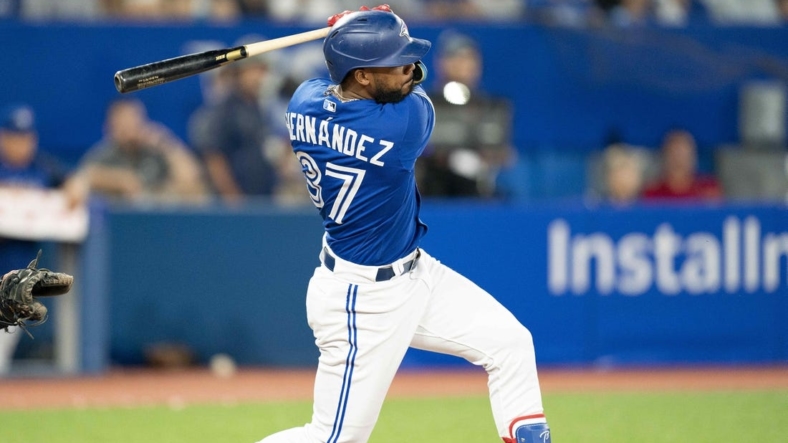 September offers different challenges for the visiting Toronto Blue Jays and the Pittsburgh Pirates, who open a series Friday in the first game for both in the new month.

The Blue Jays lost to the Chicago Cubs on Wednesday for a 2-4 homestand. However, the Jays are 9-5 overall since Aug. 17 and in hot contention for an American League wild-card spot.

“We’ve got a bunch of guys that are grinding right now, and at the end of the day, that’s baseball,” Blue Jays second baseman Cavan Biggio said.

Interim Toronto manager John Schneider has a list of attributes he is looking for over the final full month of the season.

“Good starting pitching, consistent offensive approach, clean defense, stay healthy,” Schneider said. “Maybe not in that order, per se, but I think those things are paramount if we want to keep playing late in the season.”

In other words, just about everything that describes a good team.

The Blue Jays have been getting some of those things. They scored five runs in each game while taking two of three from the Cubs. Particularly, though, the pitching has been consistent. They have produced 56 quality starts.

“I think our starters have been really, really good over the past two weeks or so,” Schneider said. “If you have to piece together a game, you piece together a game. (However), the goal is to have a quality start every time and keep the bullpen in order, where they should be pitching.”

Thursday was Toronto’s second day off since Aug. 11. Friday kicks off a 10-game, 10-day road trip that includes a doubleheader.

His team had one day to recover some.

“Off-days are always great when you’re playing as many games in the amount of days that we do,” he said. “Hopefully, we can take advantage of the off-day, hit the road (Friday) and just understand that it’s going to be a grind.”

The Pirates are opening a nine-game homestand.

Coming off a 6-1 loss Wednesday at Milwaukee, Pittsburgh is 4-15 since Aug. 11 and one loss away from ensuring a losing season. The Pirates are trying to avoid 100 losses.

A couple of key errors and a lack of offense hurt the Pirates on Wednesday.

That’s also something that can happen with a young club. Pittsburgh has had a carousel of players coming up from the minor leagues and heading back down, some players two or three times around. That’s likely to continue as the future is the franchise’s only logical place to look.

“Getting a look at our guys,” Pirates manager Derek Shelton said. “We’ve got a bunch of young kids, and we know we’re going to see things that we have to learn and teach off of, and that’s the full expectation that we have.”

With 32 games left, Pittsburgh will be watching and working with the youngsters.

“We’ve got a bunch of guys under 25 years old playing against All-Stars and MVPs every night, and they’re taking it in stride,” Pirates reliever Chase De Jong said. “They’re learning, and I’m very proud of them.”

Neither Pittsburgh nor Toronto has announced a starter for Friday’s series opener.