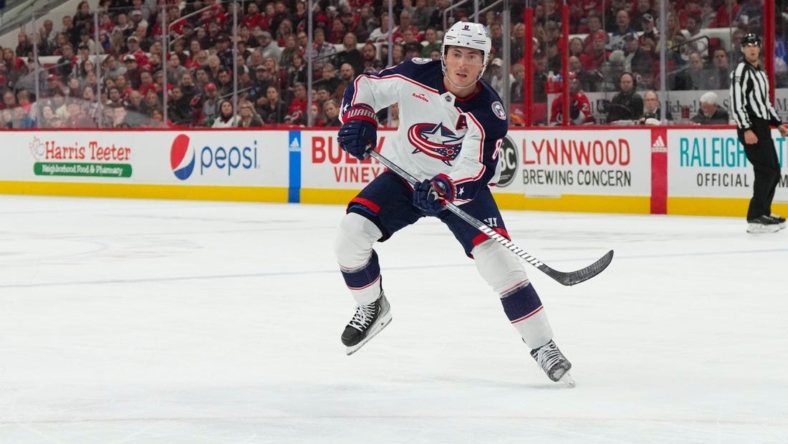 He left the team’s 5-2 win against the Philadelphia Flyers at the 17:01 mark of the first period on Thursday after crashing into the glass.

“It’s not good,” Blue Jackets coach Brad Larsen said in his postgame remarks. “It’s not going to be good at all.”

Werenski, 25, had a goal and an assist before departing the game. In 13 games this season, he has eight points (three goals, five assists).

He isn’t the only wounded member of the Blue Jackets. On Friday, they placed defenseman Nick Blankenburg and forwards Sean Kuraly and Jakub Voracek on injured reserve.

To fill the void, Columbus added defensemen Gavin Bayreuther, Marcus Bjork and David Jiricek to the roster on emergency recall from the Cleveland Monsters of the American Hockey League.

Blankenburg, 24, is on IR retroactive to Nov. 4. He sustained a broken ankle and high ankle sprain last week. In seven games this season, he has three points (two goals, one assist) with four penalty minutes.

Kuraly, 29, sustained an upper-body injury on Nov. 5 and was placed on IR retroactive to that day. He is considered day-to-day. Kuraly has appeared in 12 games this season with four points on two goals and two assists.

Voracek, 33, suffered an upper-body injury on Nov. 4, the first of two back-to-back games against the Colorado Avalanche. He is out indefinitely. In 11 games this season, Voracek has six points (one goal, five assists).

Columbus heads on the road to face the New York Islanders on Saturday.