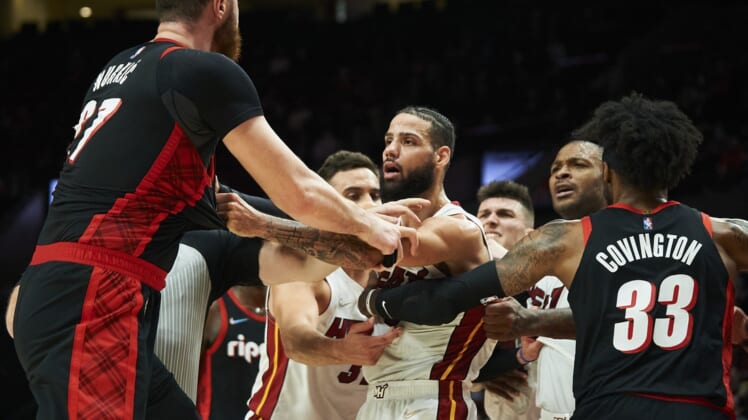 The players were not suspended for their exchange in the final minute of the fourth quarter of Wednesday’s game in Portland.

Nurkic and Herro tangled after the former’s screen knocked the latter to the court. The 6-foot-5, 195-pound Herro took issue and pushed the 6-11, 290-pound Nurkic, who responded with an open left hand to the face.

Both players received technical fouls and were ejected in the Heat’s 115-109 victory over the Trail Blazers.