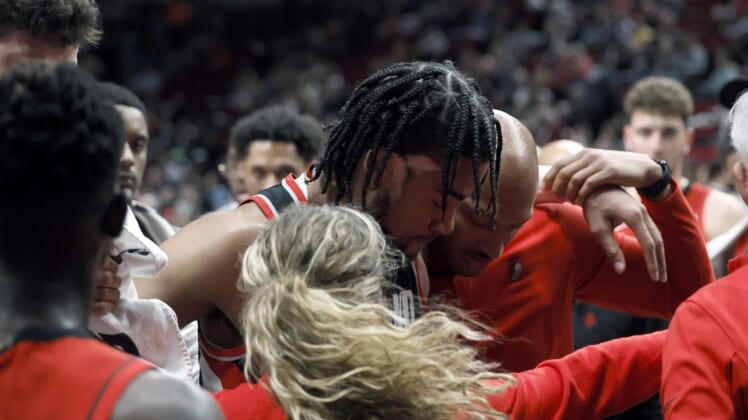 Portland Trail Blazers forward Trendon Watford will be sidelined at least a week with a leg injury.

The team said the 21-year-old rookie hyperextended his left knee with 3:01 left in the fourth quarter of Saturday’s 115-98 loss to the visiting Houston Rockets. An MRI revealed a bone contusion to his left femur.

Watford will be re-evaluated in one week, meaning he will miss at least three games.

Portland (27-47) entered Sunday four games behind the New Orleans Pelicans for the final play-in spot in the Western Conference with eight games to play.