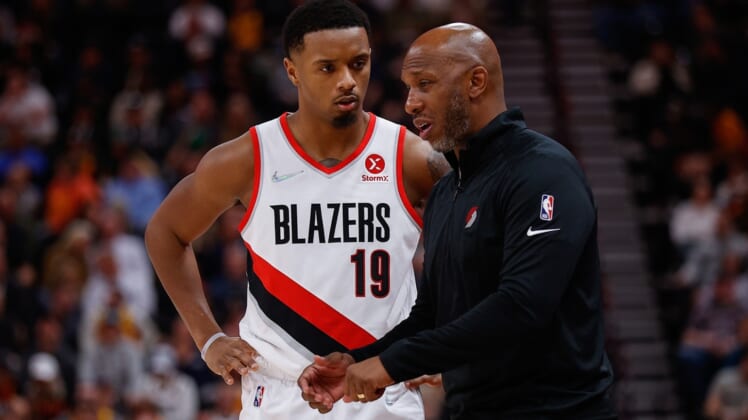 The Portland Trail Blazers will aim to continue their recent success over Houston when they host the Rockets on Friday in the first of back-to-back games.

The Trail Blazers have won seven of the past eight meetings entering the two-game set. The teams also play in Portland on Saturday night.

The Trail Blazers (27-45) badly need to face a team they can beat as they continue to slide away from landing a Western Conference play-in berth. Portland has dropped 11 of its past 13 games to fall to 12th in the conference. A team must finish at least 10th to gain a spot in the play-in tournament.

In their latest loss, the Trail Blazers didn’t look much like a team interested in reaching the play-in round. Portland was highly uncompetitive while being pummeled at home 133-96 by the San Antonio Spurs on Wednesday night.

The Trail Blazers allowed 81 first-half points — including 45 in the opening quarter — while losing by more than 30 to the Spurs for the second time this season.

“It was a disappointing effort,” Portland coach Chauncey Billups said. “It was a really embarrassing first half. Give up 81 points, they I think at that time had 21 fast-break points, 30 points in the paint, they had it everywhere. I don’t know how many threes they made. They had it going every which way. By way of that, it was pretty ugly.”

San Antonio set a franchise record with 13 3-pointers in the first half and finished with 19, matching a season high and falling one shy of the franchise mark.

Ben McLemore scored 23 points for Portland and Drew Eubanks also played well, matching his career best of 20 points while also grabbing nine rebounds. But otherwise, there wasn’t much for Billups to like.

“I don’t think we prepared for the battle that was going to happen,” Billups said. “Our guys looked tired, man. They looked really tired to be honest with you.”

So now the task is seeing if Portland can get refreshed for back-to-back games with Houston. The Trail Blazers are 2-0 against the Rockets this season, winning 104-92 on Nov. 12 and 125-110 on Jan. 28. Both those games were in Houston.

The Rockets (18-55) own the worst record in the league and have been eliminated from participating in the postseason.

Houston has lost 19 of its past 22 games, including Wednesday’s 110-91 road outing against the Dallas Mavericks.

The setback was the Rockets’ 11th straight on the road since their stunning 116-111 victory over the Utah Jazz on Jan. 19.

Against Dallas, the Rockets were outscored 58-38 in the second half. Houston shot just 28.9 percent from the field in the half, including 2 of 16 from 3-point range.

“They make it hard on you to get good shots,” Houston coach Stephen Silas said. “We have to learn how to create good shots against a good defensive team with our pace, with our actions, with our spacing. We didn’t do that.”

Rockets big man Christian Wood had just 12 points and was 1 of 5 from 3-point range. Two nights earlier, Wood established career highs of 39 points and eight 3-pointers during a 115-97 home win over the Washington Wizards.