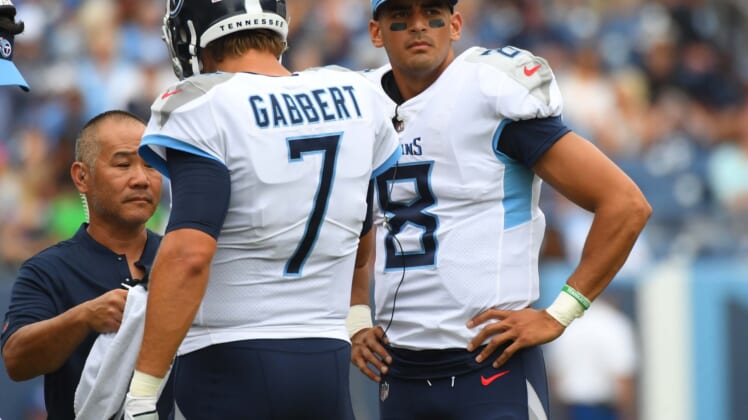 Late in the first half of Saturday’s game between the Tennessee Titans and Washington Redskins, Marcus Mariota went down hard on a sack and was forced to exit the game.

Of course, this brought Blaine Gabbert into the game for Tennessee.

Mariota comes off the field. Heading to the locker room 48 seconds early. Blaine Gabbert in at QB. https://t.co/GBLaqLHKD4

The injury occurred with under a minute remaining in the second quarter. Washington holds a 10-9 lead over the Titans at halftime.