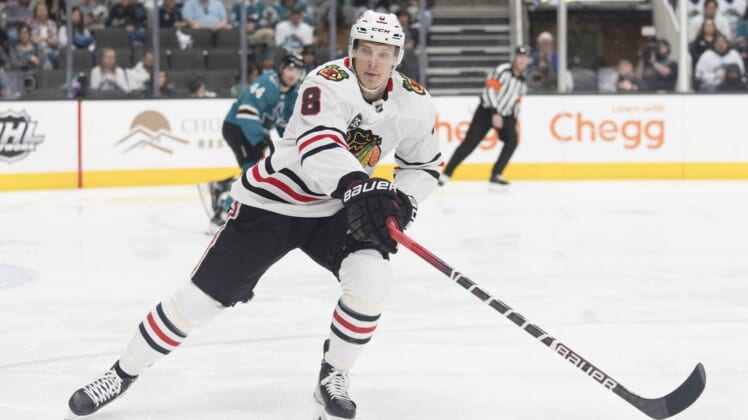 The Blackhawks also placed forwards Henrik Borgstrom and Brett Connolly on unconditional waivers Monday for the purpose of a buyout.

Kubalik and Strome are the latest talented forwards to leave Chicago, which dealt Alex DeBrincat to the Ottawa Senators and Kirby Dach to the Montreal Canadiens this month as part of a rebuild.

Jones, 25, came to Chicago before last season in a trade with the Edmonton Oilers. He tallied career highs in games (51), goals (five) and assists (10).

Kurashev, 22, saw action in 67 games last season and had six goals and 15 assists.

Connolly, 30, only got into 19 games across two seasons with the Blackhawks, who were his fifth NHL team after previous stops with the Tampa Bay Lightning, Boston Bruins, Washington Capitals and Panthers.