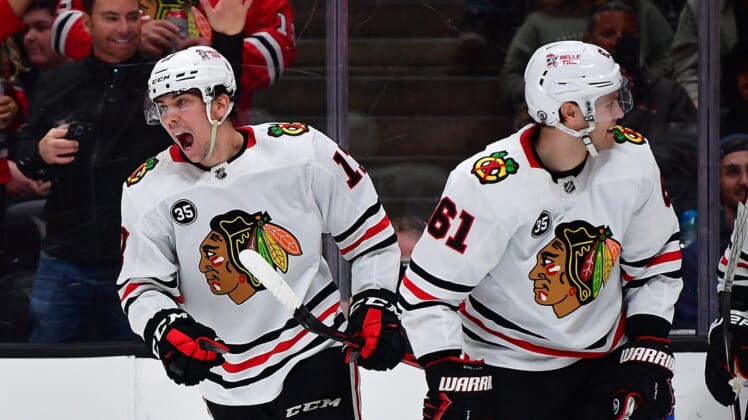 The Los Angeles Kings and Chicago Blackhawks combined to win five of the six Stanley Cup championships from 2010-15, but neither has won a playoff series since its latest title run.

The Kings are in a much better position to end that streak heading into their matchup against the visiting Blackhawks on Thursday night.

Los Angeles sits in second place in the Pacific Division, three points ahead of the third-place Edmonton Oilers with 17 games left.

The Blackhawks, on the other hand, are seventh in the Central Division, 18 points out of the final Western Conference playoff spot.

Their positions in the standings played a big role in the paths each organization took heading into the trade deadline on Monday.

The Kings mostly stood pat, choosing to forge ahead with the young players they’ve developed as well as some veterans left over from their championship years of 2012 and 2014.

The Blackhawks, however, unloaded some key players leading up to the deadline in hopes of building a better future.

Chicago dealt veteran goalie Marc-Andre Fleury to the Minnesota Wild for a conditional second-round pick. Fleury had only been with the Blackhawks this season, but the 37-year-old veteran had become a motivating presence in the locker room.

The Blackhawks also traded forward Ryan Carpenter to the Calgary Flames and sent forward Brandon Hagel to the Tampa Bay Lightning. Hagel, 23, was second on Chicago with 21 goals.

Seeing his teammates leave for greener pastures was hard to watch for Chicago veteran Jonathan Toews.

“I’m not going to lie — it was disheartening to see a couple really good friends go, regardless of what’s to come in the future,” Toews said.

For the first time since he arrived in Chicago 15 years ago, Toews envisions playing in another city as well.

“You can’t help but picture yourself and what it’d be like to play for another team and just what that experience would bring,” he said. “The thought pops in your mind.”

The Blackhawks tasted some success in their first game after the trade deadline, scoring the go-ahead goal in the final minutes to beat the host Anaheim Ducks 3-2 on Wednesday.

After dropping four of six, the Kings were also bolstered in their most recent game, beating the visiting Nashville Predators 6-1 on Tuesday. As will be the case for the Blackhawks on Thursday, the Predators had played in Anaheim the night before.

“Our leadership is second to none in the league,” Kings forward Trevor Moore said. “We have great guys in there.”

The Kings have been without several players because of injuries, including Drew Doughty, Viktor Arvidsson and Dustin Brown, but they’ve been receiving solid contributions from their younger players recently.

Quinton Byfield, the No. 2 overall pick in the 2020 NHL Draft, had two goals and an assist against Nashville on Tuesday for his first multi-point game in the NHL.

“I like to have a lot of confidence in myself, but pressure definitely comes with where I was slotted (in the draft),” Byfield said. “There’s a lot of eyes on you. I just want to produce and help the team as much as I can, and I try to keep away as best as I can from looking at that stuff. I just go out there and try to perform at my best.”