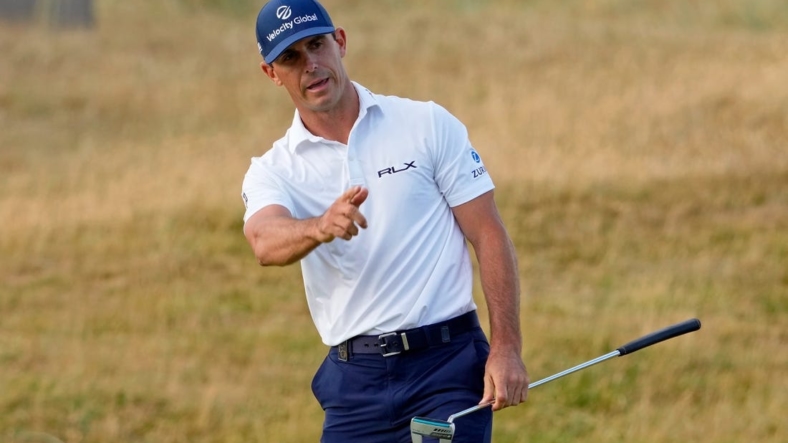 Billy Horschel wants to understand why some members of the LIV Golf Invitational Series are playing this week’s BMW PGA Championship, a flagship event on the DP World Tour.

The DP World Tour, previously known as the European Tour, has not outright banned LIV players from competing in its events like the PGA Tour has done.

Horschel, an outspoken critic of the Saudi-backed LIV circuit, was peeved that some LIV players who had never previously played in Europe were on hand at Wentworth Club outside London.

“Even though Lee Westwood and Ian Poulter have been stalwarts for the European Tour, I don’t think those guys really should be here,” Horschel said. “I honestly don’t think that the American guys who haven’t supported the PGA Tour should be here. Abraham Ancer (of Mexico), Talor Gooch, Jason Kokrak — you’ve never played this tournament, you’ve never supported the DP World Tour. Why are you here?”

According to Horschel, those players were only there to collect Official World Golf Ranking points. The OWGR has yet to begin awarding points for LIV events, though an application is still under consideration.

“It’s pretty hypocritical,” Horschel said, “to come over here and play outside LIV when your big thing was to spend more time with family and want to play less golf.”

Horschel, an American, is the defending champion of the BMW PGA, where the total purse this week is $8 million.

He was joined in his critique by Spaniard Jon Rahm, who explained that he understood the DP World Tour hasn’t banned the likes of Poulter, Westwood and fellow Spaniard Sergio Garcia because unlike the PGA Tour, the European circuit still needs their star power.

“I don’t necessarily disagree too much with that,” Rahm said. “What I do disagree with is some of the names that have never expressed any support toward the (DP World Tour), any interest, or the event, whatsoever, and to be giving those players an opportunity and take it from players who have dedicated themselves to the (DP World Tour), I think it’s wrong.”

Rahm said it was wrong for players who had never competed in Europe could qualify ahead of Spain’s Alfredo Garcia-Heredia, who has played 20 DP World Tour events this season and was the first player to miss the field.

“I’m not going to name anybody, but the only reason they are here is for World Ranking points, hoping they can finish in the top 50 to then play certain majors,” Rahm said. “It’s clear as day. And if they are saying otherwise they are not fooling anybody, at least not me.”