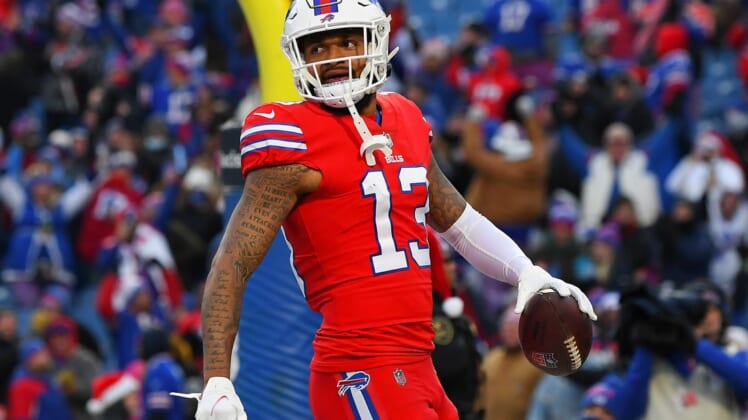 Per ESPN, Davis is unvaccinated and will sit out Sunday’s key AFC East game against the New England Patriots in Foxborough, Mass. He would be the second Bills wideout to miss the contest for that reason, as Cole Beasley was placed on the list on Tuesday.

Beasley, outspoken against the NFL’s vaccine mandate, is second to Stefon Diggs on the team in both catches (76) and receiving yards (640). Beasley has just one touchdown reception, however.

Davis, 22, has six touchdowns among 29 catches and is averaging a team-leading 16.2 yards per reception this season.

Fellow wideout Emmanuel Sanders practiced fully on Thursday in his bid to return to the team. He missed last week’s game with a knee injury.