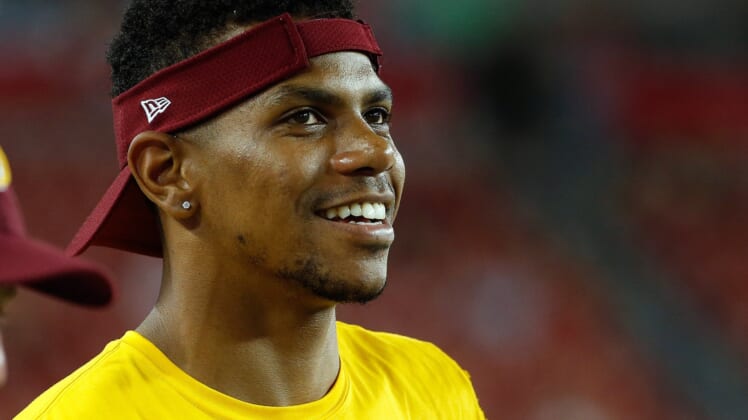 The Buffalo Bills have signed free agent receiver Terrelle Pryor, and head coach Sean McDermott might have some big plans for the former quarterback.

Before the signing was official, McDermott was asked about whether Pryor could potentially play quarterback this coming weekend for Buffalo. He didn’t dismiss the possibility, according to Jay Skurski of The Buffalo News, who opined it “says it all about the Bills’ current situation at that position.”

Nathan Peterman has been nothing short of a nightmare every single time he’s stepped foot onto the field for the Bills since last year.

Yet at this time, he’s the only healthy quarterback on Buffalo’s roster.

Josh Allen is still out with his elbow injury, and McDermott confirmed on Tuesday that he still hasn’t thrown a football since being hurt.

Veteran Derek Anderson, recently signed off the street, has been awful. His nauseating pick-six on Monday night sealed New England’s win, and then afterward he suffered a concussion and could miss this next game with the injury.

With all that in mind, it wouldn’t be the craziest thing to see Pryor under center when the Bills take on the Chicago Bears. At the least, we know he can scramble away from what’s sure to be fierce pressure up front.

For what it’s worth, before he converted to wide receiver, the former quarterback completed 56.3 percent of his passes for 1,994 yards with nine touchdowns and 12 interceptions, earning a 3-7 record as a starter.