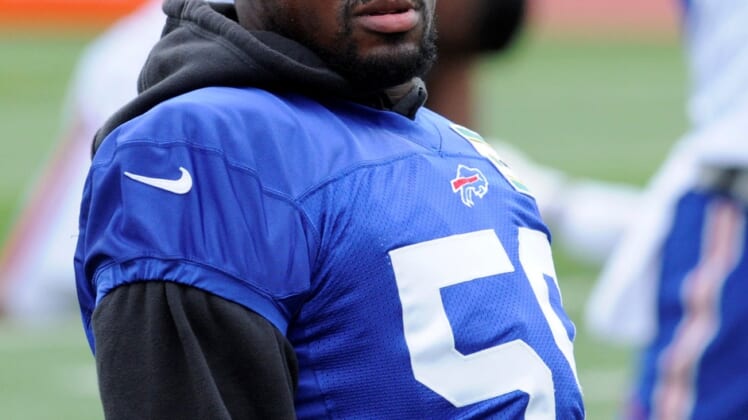 The Buffalo Bills were expecting big things from rookie second-round pick Reggie Ragland. The linebacker was coming off a tremendous college career at Alabama and was being looked at as one of Buffalo’s starting inside linebackers.

That might still ring true down the road. However, Buffalo is going to have to wait until next season to see what it has in the Crimson Tide product.

Ragland injured his knee in practice last Friday. At that point, Bills head coach Rex Ryan expressed concern that it might be serious.

Unfortunately, the team confirmed the seriousness of said injury. It reported on Wednesday that Ragland will undergo surgery to repair a torn ACL.

“In a team statement released Wednesday morning the Buffalo Bills announced that Ragland suffered a torn ACL that will require surgery and that he’s expected to miss the entire 2016 season,” the team’s official website reported.

Ragland, a consensus All-American performer last season, was expected to start next to Preston Brown at inside linebacker as a rookie. With him now lost for the year, former Tennessee Titans second-round pick Zach Brown will likely move into a starting role.