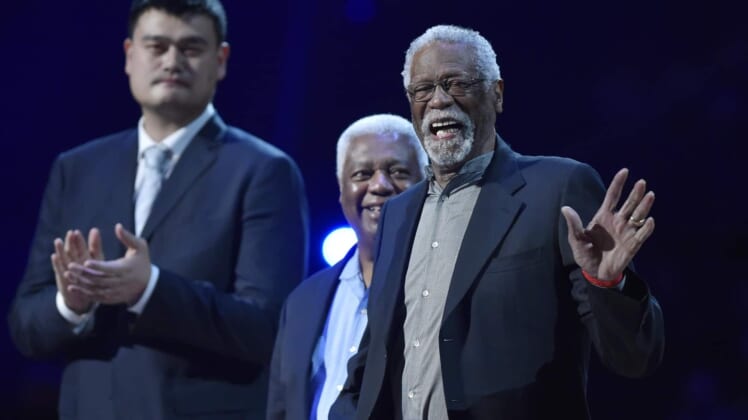 Former Boston Celtics star Bill Russell is considered one of the greatest players in NBA history. A first-round pick of the team out of San Francisco back in 1956, Russell earned a whopping 11 championships during his run in Boston.

He led one of the greatest dynasties in professional sports history and has been considered an icon throughout the ages.

Sadly, Russell is no longer with us. The Pro Basketball Hall of Famer passed away in his sleep at the age of 88.

In addition to winning 11 NBA titles, Russell earned the MVP five times, was a 12-time All-Star and won two NCAA championships with the San Francisco Dons.

Russell’s athletic prowess dates way back to the 1950s when he suited up for the University of San Francisco. In addition to leading that program to two national championships, he starred on its track and field team. He was a standout in the high jump, ranking as the seventh-best high-jumper in the world in 1956.

Before his rookie season with Boston, Russell was the captain of the U.S. Men’s basketball team in the 1956 Summer Olympics in Australia. He helped bring gold back to the states by averaging 14.1 points during the games.

An advocate for social justice and racial equality, Russell made an impact with his actions off the court, too.

As for Russell’s personal life, he was married to his high school love, Rose Swisher, from 1956-73. They had thre children, Karen, William Jr. and Jacob. Bill is survived by his fourth wife, Jeannine Russell and the children mentioned above. Our thoughts obviously go out to those closest to him during these most difficult of times.

As a breaking news story, we’ll have much more on this sad news as it develops. For now, the NBA world has lost a true legend in Bill Russell.

Others around the NBA also paid homage to Mr. Russell.