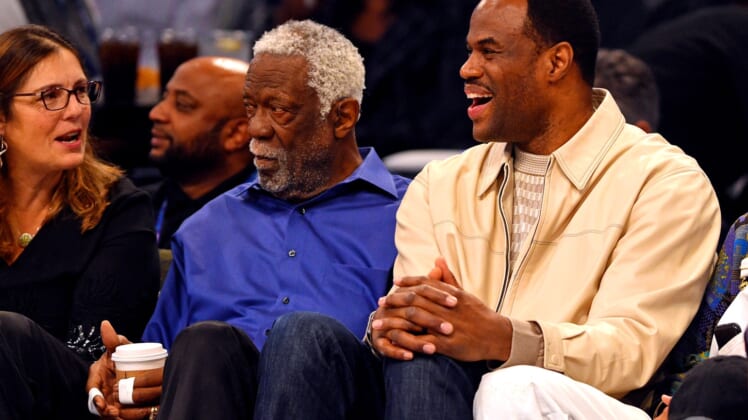 The public memorial service for former Los Angeles Lakers star Kobe Bryant and his daughter will be held at the Staples Center on Monday. One day before that solemn event, the Lakers are hosting the Boston Celtics at the Staples Centers in a continuation of one of the greatest rivalries in sports history.

All-time great and 11-time NBA champion Bill Russell was seen at the arena before tip off sporting a Kobe No. 24 jersey.

For those who have followed the history of the NBA, this has to be one weird sight. Russell, 86, played for the Celtics throughout his legendary 13-year career. This included a whopping seven NBA Finals wins over the Lakers.

It goes to show us how much Bryant’s life and untimely passing has united the basketball world. Rivalries be damned. This is about a lot more than that.

Sunday’s game between the Celtics and Lakers promises to be another example of this.