Wickersham’s book, It’s Better to Be Feared, details the relationship between Belichick and Brady during their incredible run with the Patriots. While the NFL’s greatest dynasty ended with the legendary quarterback leaving and Belichick staying, things could have played out differently. 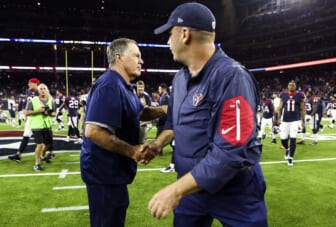 At the time, O’Brien was head coach for the Houston Texans. In a power struggle with general manager Rick Smith, O’Brien reportedly heard about his name as a possibility to eventually succeed Belichick. According to the book, O’Brien told those close to him that he was trying to get fired by the Texans.

While the Patriots might have discussed the hypothetical scenario of Belichick retiring, there were never any signs it would happen. So, as Brady’s relationship with his head coach deteriorated, the decision to leave the franchise became obvious. 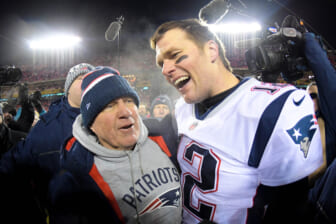 Smith took a leave of absence to care for his wife, who was fighting breast cancer at the time. In his absence, the Texans gave O’Brien more roster control and he was eventually named general manager in January 2020. Months later, following an 0-4 start, O’Brien was fired.

Now that the Patriots have their quarterback of the future, there are no signs of Belichick stepping away in the near future. As for his future successor, the buzz surrounding McDaniels has cooled in the last year. Meanwhile, O’Brien is rebuilding his image as offensive coordinator for the Alabama Crimson Tide.