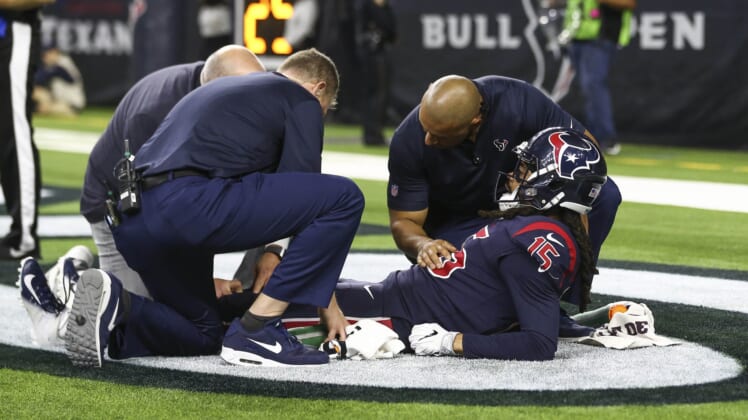 The Houston Texans will officially have to carry on without the services of receiver Will Fuller, who suffered a torn ACL on Thursday night.

Will Fuller tore ACL and will be out for season, O'Brien says. #Texans

This is a huge blow to Houston’s offense. Fuller was having a monster game before exiting Thursday night’s game, having caught five passes for 124 yards, including this incredible 73-yard touchdown.

Fuller finishes his 2018 season with 32 receptions for 503 yards and four touchdowns.

With Keke Coutee also out at this time with the hamstring injury that’s plagued his rookie season, Houston’s offense will be even more reliant on superstar DeAndre Hopkins in the coming weeks.