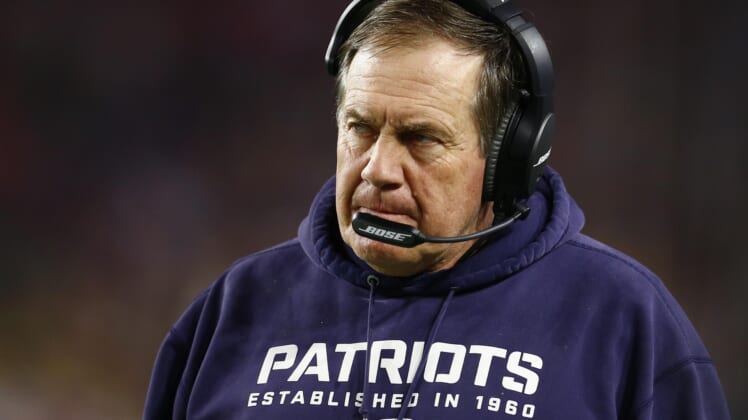 In today’s NFL, many teams are turning more and more to advanced metrics to help evaluate their players. Bill Belichick’s New England Patriots might not be jumping on that bandwagon, based on comments he made.

On Friday, the Hoodie was asked about how important a quarterback’s quick release is within New England’s offensive scheme. The words “advanced metric” were part of the question.

Bill Belichick cares not for your precious nerd metrics. pic.twitter.com/vjwEjNOUgn

“You’d need to ask that to a smarter coach…”

So-called “advanced metrics” do have a place in today’s NFL. They are valuable tools that many teams use, and don’t think for a second that Belichick’s comments mean the Patriots aren’t one of those teams. They very well might be using them.

But clearly, coach Belichick would rather go with the old eyeball test rather than rely on some fancy stat spreadsheet. Of course, it doesn’t hurt that Tom Brady happens to possess quite the quick release and is one of the most quick-thinking quarterbacks in the NFL when it comes to reading defenses and making the right throw.

On another note, you have to have some pretty tough skin or a great sense of humor (or both, preferably) to cover Belichick all the time.