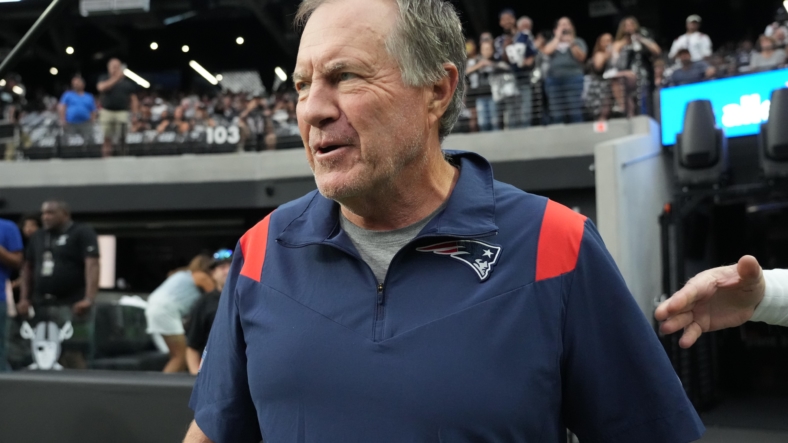 The departure of Josh McDaniels left a massive void at the New England Patriots offensive coordinator position, putting head coach Bill Belichick in a challenging spot. Instead of hiring an experienced play-caller like Bill O’Brien, Belichick made a bold decision.

New England is operating without a designated offensive coordinator this season, relying upon Matt Patricia and Joe Judge to share play-calling duties for the offense. It’s an unusual approach for a team with playoff aspirations and basically unprecedented when considering Patricia and Judge have little to no NFL experience on offense.

Training camp didn’t erase any concerns from the outside about New England’s offense. Between the implementation of new schemes, struggles from second-year quarterback Mac Jones and an offensive line that looked porous at times, reports were bleak this summer.

It’s all clouded forecasts for Belichick’s team in 2022 with NFL predictions forecasting New England to miss the playoffs. With all the spotlight on the decision not to hire a proven offensive coordinator, the Patriots coach realizes where the blame will fall if things go wrong.

Addressing reporters before the Week 1 opener against the Miami Dolphins, Belichick accepted responsibility for whatever happens this season. He knows there are concerns about the coaching staff – assistants he hired to coach the players. It’s part of the reason why he’s ready to take ownership of whatever happens.

Many around the NFL expect that Belichick will eventually become heavily involved with the offense, even stepping in as the play-caller if necessary. Of course, that means he will have to take some of his attention away from a defense that faces some of its own questions heading into the season. 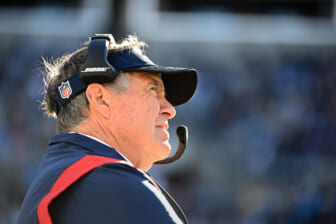 Ultimately, this is the path he chose. New England had plenty of opportunities to hire a proven offensive coordinator this spring and it chose to thrust Judge and Patricia into prominent roles. If the decision backfires, Belichick’s evaluation and decision-making with coaches might face some of the same criticisms he is now receiving for his whiffs in free agency and the NFL Draft as the Patriots’ top executive.