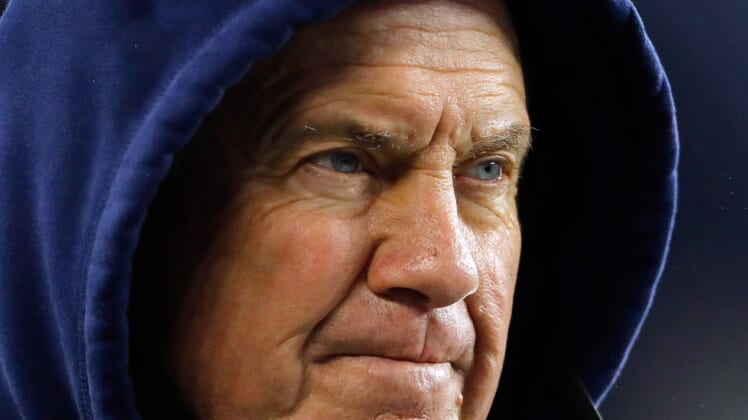 When the Jacksonville Jaguars named Doug Marrone as their full-time head coach following his stint as the interim coach for two games in 2016, it wasn’t met with glowing reviews.

Some had concluded that Jacksonville went with a recycled coaching candidate, one that forced his way from Buffalo years before.

That must have been news to Patriots head coach Bill Belichick, who the Jaguars sought out to help with their coaching search. In this, the greatest coach of the modern era recommended that Jacksonville hire Marrone on a permanent basis.

Interesting nugget I picked up: Patriots coach Bill Belichick was consulted during Jaguars’ search last year, and gave Doug Marrone a glowing recommendation. Went a long way with Jax. A year later, he’ll face him for the AFC title.

It’s definitely an interesting backstory heading into the AFC Championship Game between these two teams. Belichick wasn’t playing the Jaguars for fools here. He has in the past been sought out for recommendations by other teams.

The other recent example of this is when the San Francisco 49ers brought on general manager John Lynch and head coach Kyle Shanahan prior to the 2017 season.

Like clockwork, these moves have seemingly worked out swimmingly for both teams, especially when we look at Marrone and the Jags. The team finished this past regular season with a 10-6 record and as AFC South champs.

After defeating Marrone’s former Bills squad in the wildcard round, Jacksonville pulled a huge upset over Pittsburgh last week, 45-42. It’s a game that saw Marrone completely out-coach one of the best in the business, Mike Tomlin.

Whether his recommendation that the Jags hire Marrone comes back to haunt Belichick this coming Sunday remains to be seen. But somehow, we don’t think he’s all too worried about that narrative.