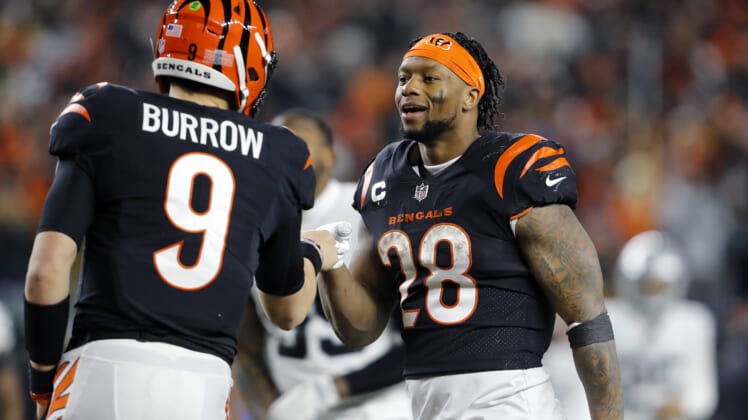 The Tennessee Titans enter the divisional round of the AFC playoffs viewed as one of the worst No. 1 seeds in recent memory. They’ll be looking to prove those assumptions wrong in a Bengals at Titans matchup on Saturday.

As for the Cincinnati Bengals, quarterback Joe Burrow proved this is his team. The Bengals’ 31-year drought without a playoff victory is over, but they aren’t finished yet. With an electrifying and young offense, Cincinnati is one game away from the AFC Championship Game.

Down below we offer four bold predictions for this Bengals at Titans AFC Divisional Round matchup at Nissan Stadium on Saturday afternoon.

Tennessee will do everything in its power to limit Cincinnati’s time of possession. Because when the Bengals’ offense isn’t on the field, there are few NFL teams with a better collection of talent on offense. When Burrow is on the field, he’ll look towards Ja’Marr Chase recognizing a mismatch.

Jackrabbit Jenkins has delivered some peaks in his career, but the 33-year-old cornerback isn’t what he used to be in coverage. When receivers were targeted with Jenkins in coverage this season, per Pro Football Focus, quarterbacks averaged a 98.9 passer rating.

It’s easy to imagine Chase having his way with Jenkins. This isn’t an ordinary rookie, he’s already one of the best wide receivers in the NFL. Capable of creating separation and a complete gamechanger in space, Chase should be peppered with targets on Saturday and will turn them into 120-plus yards and a touchdown.

Getting Derrick Henry back is monumental for the Titans. While there is validity in the debate over the value of running backs in a pass-happy NFL, Henry is a different force of nature. He suffered a Jones fracture moments into a Week 8 game and didn’t see the field after. Despite missing two months, he finished with the ninth-most rushing yards (937) and the sixth-most rushing touchdowns (10). Now 12 weeks removed from the injury, he’s ready to return.

Tennessee could limit the All-Pro back’s usage early, allowing Ryan Tannehill to find some rhythm with Julio Jones and A.J. Brown. But in a close game, which everyone expects, Henry will get the football a lot late in the game. One thing to note, 40 of his 65 career rushing touchdowns happened in the second half. 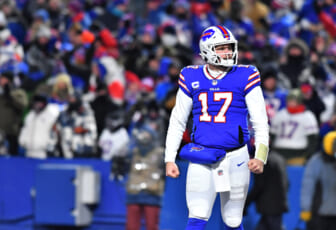 Facing a defensive line that just lost Larry Ogunjobi, this matchup favors Henry. Ultimately, we expect to see the best version of him in the second half with a pair of trips to the end zone.

Cincinnati did a solid job protecting Burrow against the Las Vegas Raiders. The Bengals’ offensive line allowed 10 total pressures and only two quarterback hits. But the Riley Reiff injury has left a swinging door at right tackle. A week after Isaiah Prince allowed 7 pressures and 5 hurries, he’s in trouble again.

Harold Landry (64 total pressures, 14 sacks) is a force off the edge and he’ll be coming after Prince in this Bengals at Titans clash. Tennessee knows where Cincinnati’s offensive line is weak and it will be exploited. While they could chip Landry or keep a tight end in to help block him, there’s another issue.

Jeffery Simmons (62 total pressures, 11 sacks) is one of the best interior pass rushers in the NFL. Facing guard Quinton Spain (23 pressures allowed), there’s another matchup for Tennessee to attack. Together, we could see Simmons and Landry combined for 3 sacks and even more pressures.

It’s understandable why many are counting out the Titans in the AFC playoff picture. While they finished with the best record in the conference and earned home-field advantage, this isn’t the caliber of team we’ve come to see as a Super Bowl contender. It’s all about quarterbacks and Tannehill is the fourth-best passer remaining in the AFC playoffs. 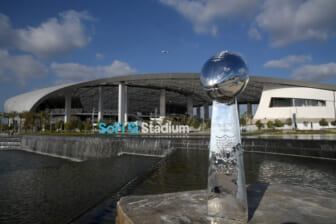 But the Titans’ skill players (Henry, Brown, Jones) form an elite group when everyone is healthy. It gives them an advantage over the Bengals’ defense, which often played at a pedestrian level this season. Combine that with the Titans’ pass rush holding an edge over the Bengals’ offensive line, it can decide a matchup. Ultimately, the trench battle will determine who wins Bengals at Titans.